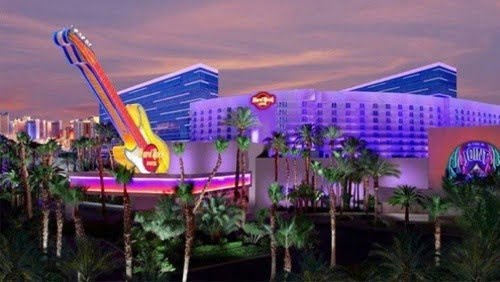 This week the Government of Catalonia approved an extension of the deadline to purchase the portion of land where US casino and hotel company Hard Rock International plans to construct an integrated €2 billion resort.

In 2017, Hard Rock won the right to build a mega-resort in the Vila-seca and Salou Tourist Recreation Center (in the Tarragona province of Catalonia), directly next to PortAventura Park.

The project has encountered a number of snags over the years, however, mainly related to the acquisition of land for the planned multi-purpose resort.

Hard Rock finally reached an agreement with the Government of Catalonia in March in which the state-run company Incasòl will buy from its current owner, the Spanish investment giant La Caixa, the land allocated for the resort for €120 million. Then, Incasòl will sell the land to Hard Rock at the same price.

The US casino and hospitality company had the land acquisition deal closed until May 5. Nevertheless, as the closure of its assets due to the coronavirus pandemic had been eating into its earnings, the company called for a five-month extension of the deadline.

As already stated, the Catalan government has agreed to grant the five-month extension sought. Hard Rock now has the transaction to complete by October 5.

Hard Rock Entertainment World will be a mega-resort with numerous attractions, restaurants, services for food and drinks, and a casino. The property will be the first hotel and casino complex in Europe to run by Hard Rock.

The resort’s retail area will stretch over 15,000 square metres, while the leisure and live entertainment facilities will take over 6,000 square metres. Plans include building a concert hall which can hold 15,000 people.

Hard Rock plans to get the idea to materialise in many stages. It is projected that Phase One costs the company some €700 million.

The gaming and hospitality company expects the scheme to create more than 11,500 construction and permanent, direct, and indirect jobs and produce an annual economic effect of around €1.3 billion.

Aside from Spain, Hard Rock even looked to construct an integrated resort on the site of a defunct airport near Athens, the Greek capital. The business was one of two bidders for the right to develop such a property, but the Hellenic Gaming Commission excluded it from the race early this year and selected the other candidate – Mohegan Gaming & Entertainment, a US based gaming and hospitality operator.

Hard Rock has appealed the decision of the regulator in the Greek court and this week said he is sure that his legal motion will be successful.