Epic fantasy adventure awaits you in the 24K Dragon slot from Play’n Go. This slot is a fantastic piece of art with a Game of Thrones vibe. Read our review to find out more.

In addition, be on the lookout for extraordinary wild multipliers for more payouts. Learn more about 24K Dragon in our in-depth review.

This is a 5-reels, 4-rows slot with a total of 1024 paylines. Players can form wins by matching three or more symbols in a row from left to right. The slot’s reels are surrounded by sand and mud in the cave-like setting.

You may play 24K Dragon for as low as 0.20 credits per spin and choose from a broad range of stakes and bets. With a 100-credit maximum stake, this online video slot can easily pique players’ interests of all skill levels.

This epic adventure has an exceptional level of design excellence. In addition, the 24K Dragon slot machine features an excellent sound and graphics display.

This slot’s User Experience may look familiar if you’ve played any other Play’n Go games before. 24K Dragon may be played by following these simple steps:

Generally, interactive features enhance the gaming experience of the players. However, choosing the perfect feature for each slot game can be pretty tricky than you think. Play’n Go had this in mind when incorporating the following features for this slot.

Autoplay: Everything about this Play’n Go slot machine is easy to understand, and this also includes the Autoplay feature. The gold button on the screen is the Autoplay button and can be used to set a maximum of 100 auto-spins. Players can also set stops for both wins and losses after multiple spins.

Demo Mode: There is no financial risk to players in this mode. Newcomers to the world of online slots may use this feature to learn more about their favourite games.

For the lower-paying symbols, Play’n Go’s 24K Dragon slot machine employs playing card values such as 10, J, Q, K, A. These aren’t worth a lot of money, but if you land a lot of them at the same time, they may help you rack up some big wins.

We think it’s fair to say that the game looks fantastic with its theme-specific high-paying symbols. Lions, green gems, crossed swords, and dragon heads are on display.

Here is a list of the symbols and their respective payouts:

Thanks to a wide range of features, this slot also comes with many potential actions. In addition, you’ll find multiplier wilds, free spins, and expanded-reel re-spins in this amazing slot.

Here are the unique slot features in 24K Dragon:

Wild: The treasure chest wild symbol can appear on the base game’s middle reels (reels 2 through 3). There are occasions when wilds will be accompanied by a 2x or 4x multiplier. When more than one multiplier wild appears in a row, their values are added together.

Dragon Respin Feature Feature: The slot’s re-spin feature is triggered when one of the Golden Dragon Head symbols appears anywhere in view during the main game. One to four rows are added to the grid for this respin, which greatly expands the number of possible outcomes.

Additionally, three extra symbols may be found on each of these rows, located above the main three rows.

You then get a free Dragon respin, with additional rows and opportunities to win “locked” payouts. Re-spin is completed when the game grid reverts to its default size and the next spin begins.

It all began in the mid-1990s when the internet was only getting started at the dawn of the dot-com era. Play’n Go was just a team working as consultants and freelancers.

There were also several start-ups in the gaming industry that were creating high-quality games for third-party operators. Play’n Go was formed due to the team’s involvement in this profitable market.

Unlike NetEnt and Microgaming, Play’n Go doesn’t want to be the world’s most popular casino software provider. Instead, they want to be recognized as the best, and they do so by delivering technically robust high-end games.

Play’n Go continually strives to produce bigger and better games with even more entertainment value than the previous one. Thus, their current collection of games comprises an ever-expanding array of fantastic titles that only become better as they expand.

Other interesting Play’n Go slots you can try out include:

These and more Play’n Go online slots games are now available for you to play and win big prizes.

The bonus spins are triggered by landing three, four, or five Diamond scatter symbols anywhere on the screen. After that, you’ll be rewarded 8, 15, or 20 free spins, respectively. The free spins round also begins with a 5-reel, 3-row grid, as does the regular game.

The RTP of 24K Dragon is in line with other Play’n Go slot games, at 96.18%. This is pretty standard when you consider the Return to Player rate of many other games.

24K Dragon is a highly volatile mobile slot. This is one of Play’n Go’s most volatile slots, and this is evident when you look at the winning possibilities of the slot.

Nothing but the best will do when it comes to the 24K Dragon slot machine. Players will immediately fall in love with the premise of this Play’n Go slot, which is based on a classic fairy tale. In addition, the free spins bonus game is well worth playing for.

You should play this game as soon as possible if you haven’t already. The good news is that several online casinos allow you to play the 24K Dragon slot machine for real money. 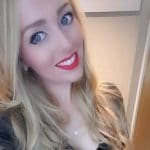