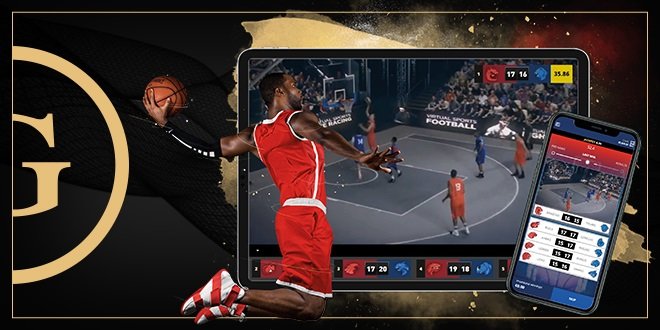 Golden Race CEO Martin Wachter said that after it was released for the online market at this month’s ICE London, 3X3 Basketball could become the “big game for 2020.”

Initially intended solely for the retail market, it was the first virtual to come with a cashout option when it was released in December 2018. Yet, as Wachter told SBC News, the online market’s “flexibility” makes the cashout so much more appealing.

He said: “You are a bit limited with what you can do in retail because it is still on scheduled games – you play it together and there is a social element. By contrast, when you go online, where we do millions of tickets every day, you have so much more flexibility.”

The online version has been rolled out as part of the’ instant games’ of Golden Race–a set which includes Real Fighting, 3D Horse Racing, Dog Racing, Speedway, Motorbikes and Virtual Keno.

The CEO of the Golden Race admitted that the primary goal for 3X3 Basketball was to create a realistic virtual game with a wide selection of in-play betting markets before the opportunity to add pre-game markets and cashout function became evident.

Wachter went on: “The main idea was to make a realistic basketball game with real odds for in-play betting. Therefore, we decided to go for a 3×3 version where after 10 minutes, or when either team reaches 21 points, the game is finished.

“But how can you make it more realistic? We took professional players from the US because it’s prerecorded, we brought them on the court and showed them the scoreboard for the last minute so these two teams could prepare for the last minute and play out the remainder of the game for real. They know what they have to do – the clock is saying one minute to go.

“This was the first idea, but then my bookmakers were saying why don’t we offer pre-game? So now we offer this too, followed by in-play bets for the first nine minutes of the game.

“And when this nine minutes has elapsed, based on the actual status of the game, we have the brief stop in the game. The in-play markets then resume with the action and the cashout function becomes available throughout the final minute.”

Wachter said his faith in the cashout aspect for 3X3 Basketball becoming a success derives from the use of real odds, increased knowledge of Golden Race’s vision for virtual sports by betting operators, and a period of product testing with key customers.

“It [cashout] is a new concept for virtual sports, but because we do realistic odds it is going to work,” he explained. “If you work virtual sports like a casino game it will never work because you don’t have the opportunity for so many betting markets.

“You need a lot of markets for cashout, just like in real sports. We are very confident that no-one will follow us because everyone knows Golden Race works with real odds.

“As I say to our clients, Golden Race is sports betting with a virtual outcome – we are getting more and more clients that understand this is the only way to work virtuals. We had some tests with clients and they were really into it, so this will be the big game for 2020.”