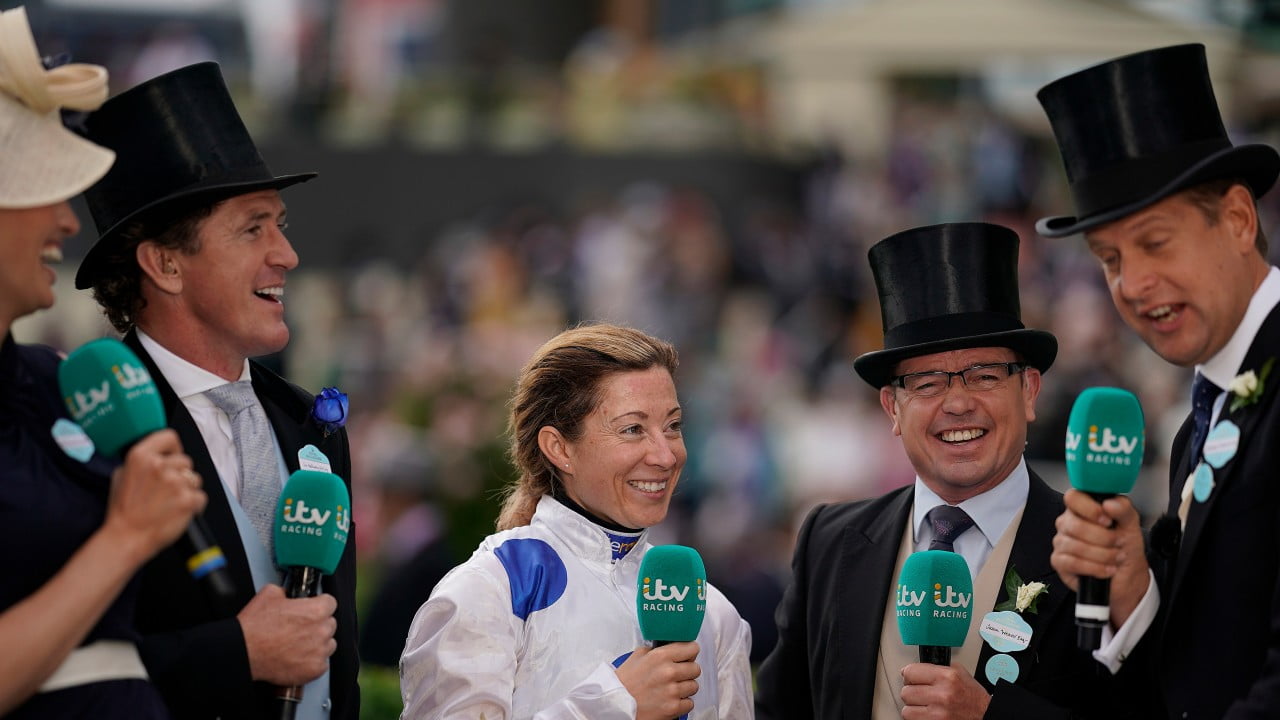 British racing will remain on ITV until 2023, after a new deal was signed between the broadcaster and Racecourse Media Group, Ascot Racecourse and Arena Racing Service.

The new contract will carry its viewers 94 days of racing across ITV ‘s main channel, ITV4 and the ITV Platform. In addition, the magazine preview programme of ITV Racing, the Opening Series, will start at the Cheltenham Festival, the Grand National and Royal Ascot every Saturday and every day.

ITV Director of Sport Niall Sloane stated: “ITV is delighted to announce the continuation of free to air coverage of a sport that is loved and followed by so many.  To do so following a successful resumption of the sport with wide audiences returning to our coverage after such a long lay-off is particularly welcome and we look forward to bringing the very best this wonderful sport has to offer to viewers over the next few years.”

Richard FitzGerald, Racecourse Media Group (RMG) chief executive added: “ITV has been a terrific partner for British horseracing over the last three years and ITV has earned the right to renew the contract for a further three years. Its award-winning productions are reflected with increased audiences, in contrast to wider TV audience trends, and they have succeeded in attracting a new, younger audience, without alienating in any way the existing fanbase.

“We look forward to working closely with the broadcaster in ensuring racing remains in this fantastic shop window provided by ITV and all its platforms. I’d also like to thank all the sport’s participants, particularly the jockeys, for the positive roles they have played in engaging with the ITV coverage.”

The deal was supposed to finalise in 2019 as early as New Year’s Day. Yet there have been several obstacles standing in the way of an extension in the past year and a half.

This includes Ascot ‘s decision to affiliate with Sky in early 2019, ITV’s disagreement over a cut in broadcasting fees owing to the cancellation of the Grand National, and a streaming rights dispute with Arc.

Ascot Racecourse Chief Commercial Officer Juliet Slot commented: “The extension of our highly successful terrestrial partnership with ITV is great news for Ascot. It is a pleasure to be a part of this award-winning partnership with ITV which has seen continued growth of audiences across all our race meetings. We look forward to the next three years’ working together to bring Ascot’s racing to existing and new audiences across the ITV portfolio of platforms.”

David Leyden Dunbar, ARC Director of Partnerships, concluded: “The whole team at ITV Racing have done a tremendous job of showcasing our sport on terrestrial television since 2017.

“Bringing our biggest meetings and stars to the widest possible audience is of huge importance to the whole industry and we believe that the ITV team are perfectly placed to deliver for the benefit of everyone across racing.”