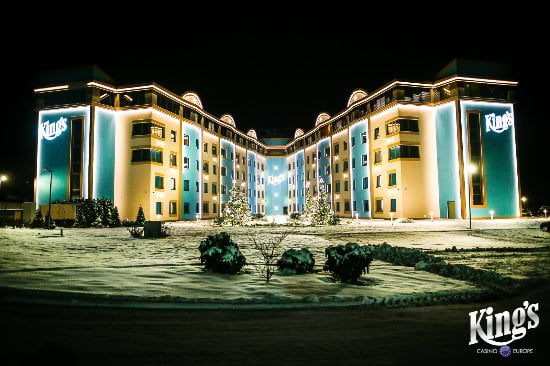 King’s Casino, situated in the town of Rozvadov on the Czech / German border, is one of the most popular poker destinations in the world. Although some venues are focusing on what they offer outside of the poker game, King’s are doing the opposite, with almost nothing to give in Rozvadov itself but the beautiful cardroom itself, which hosted the WSOP Europe, MILLIONS Main Events and several other big events.

The statement today that the venue will remain closed to the poker-playing public therefore has an eerie feel to it. Travel to the website of the King and you will be greeted with a solid but staple statement:

“In compliance with the Czech government-issued restrictions on March 12 to prevent the spread of COVID-19, King’s Resort, King’s Casino Prague and Casino Admiral Rozvadov will be temporarily closed from today, 13th of March, until further notice. King’s Resort Team deeply apologises for any inconvenience these measures may have caused. Please check our social media for any further updates.”

You would think that is ambiguous enough to be motivating. Nonetheless, the Czech Government’s announcement this week is less so. One of the first countries to completely lockdown was the Czech Republic, which rapidly closed its borders and limited coronavirus cases to a little over 1,000 on March 22. The number stands at 3,085, with 44 deaths as of today.

The Czech crisis team that manages the outbreak response has stated that the closure of the border will be subject to a “multi-month ban … but at least six months.” With international tourists permitted to exit but not join the Czech Republic if officially closed for business, however Leon Tsoukernik was keen to let players know that they saw the WSOPE as the “first major festival after the crisis”

“Unfortunately, we also have to assume that it can still take a few months before we can welcome our guests from abroad, especially from the German-speaking region, again at King’s.” the latest statement on King’s Facebook page said. “We will definitely keep you posted as soon as we know more! Stay strong and healthy!”

Although it could be some time until we see some poker action at King’s as well as other casinos, it is hoped that the humorous ‘Social Distancing’ video on King’s page would lift a smile without any card games.