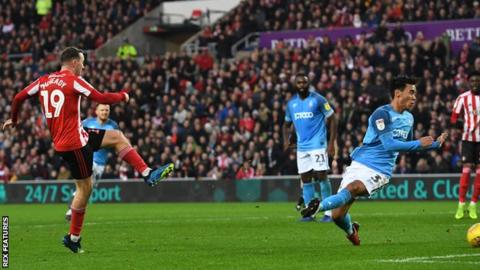 In an open letter, Chairman of the English Football League (EFL), Rick Parry, stressed that arrangements are being placed in motion to start the Championship, League 1 and League 2 campaigns behind closed doors, with all remaining matches being broadcast online or on television.

The preparations should continue to include policy concerns, although the company has refrained from providing a precise date due to the unpredictability of COVID-19 in the United Kingdom.

Parry’s letter stated: “When it comes to footballing matters, I understand the desire among fans for definitive answers, particularly around the conclusion of 2019/20 campaign. As I am sure you will appreciate, the situation presents significant operational and financial challenges, including the logistics of Clubs returning to full operational status, the practicalities of playing football behind closed doors, and the possible knock-on effects for the 2020/21 campaign. Please be assured that we are working hard on these and will update you as soon as we can once decisions have been made.

“Whilst we are unfortunately without the presence of the hundreds of thousands of supporters who pass through EFL turnstiles each week, we will endeavour to bring live football direct into your homes once it returns. Plans are continuing to be worked up for all games to be broadcast either via our broadcast partners, iFollow or equivalent Club streaming services. We will update you on this once we know when matches will recommence.”

With certain teams, particularly in League 2, a lot of their income is raised from gate receipts and so even though online matches can be watched and sponsorship contact can be made, those sides will probably still struggle financially.

Parry added: “The contribution to football’s finances made by match-going supporters should not be underestimated. It is critical to the business model of league football. Perhaps the biggest challenge right now is not knowing when we will be able to reintroduce football in front of crowds. We can only hope that the situation develops in such a way that we will be able to do with the shortest possible break.”

Ultimately the EFL chairman believes that fans should be back in the stadiums to watch football, but steps are being taken to ensure that no fans will be put at risk when it happens.

He went on: “Aside from two catastrophic World Wars, this pandemic is arguably the most challenging issue to have affected football since the League was founded 132 years ago. Our Clubs have been left with significant outgoings while facing a sudden loss of income. With this in mind, I’m sure you will be aware of talk about wages and deferrals. Good progress is being made in these areas, with a view to this assisting in delivering medium to long-term solutions that protect our game for years to come.

“One thing we can be sure of is that football, and normality, will return, and will do so more quickly if we remain united. For now, thank you for your ongoing support and, please, stay safe.”

Notwithstanding the circumstances, Parry has assured fans that it remains our intention to ensure the integrity of our competitions and offer a positive conclusion to the 2019/20 season. In addition, the chairman also claimed that the key concern of the association is the safety and well-being of clubs, their players and staff along with their supporters.