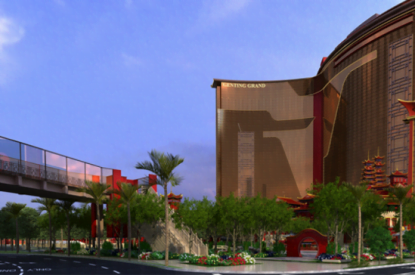 Wynn Resorts CEO Matt Maddox has reported his vision of accelerating the comeback of Las Vegas, which will see mass assessments and safe zones act as stepping stones to normality during the current health crisis.

Maddox says that “Las Vegas should be the go-to destination to have fun and unwind during this stressful time,”  that now is the time to act and that it is not a viable choice to simply sit back and rely on government.

In an op-ed Maddox wrote: “Our elected officials are rightly focused on keeping people safe and I’m happy to see the progress moving the mass gathering limit to 250 but hoping our government alone will also solve getting Las Vegas back on track is not viable,” Maddox wrote in an op-ed.

“Hope, as the saying goes, is not a strategy. Instead, community leaders must present science-based options that advance our broader goals to reignite our city.”

On this front, Maddox says that Wynn, who spent more than $250 million in paying salaries , bonuses, and benefits to 15,000 employees, has partnered with the University Medical Center, Georgetown University, and leading laboratories in California and New York to develop technologies that can test thousands of people in a matter of hours quickly and rigorously.

This will see the establishment of ‘safe zones’ based on checks being initiated for workers to work or visitors to attend a exhibition, conference, nightclub or other crowded space that exceeds the state required limits of ‘mass gathering.’

Recognising that the operator would also need state approval to enact such a strategy, Maddox asserted that this approach could accelerate the recovery of Nevada after consulting with leading medical experts, and not only for the Las Vegas Strip, but also to reopen schools.

“Extensive research clearly indicates that what is keeping people away from Las Vegas is not so much the physical environment, which we work diligently to keep sterilised, but rather a fear of other people. We must alleviate that fear,” he commented.

Adding: “Nothing in life is 100 per cent safe but establishing these safe zones by testing thousands of people per day with the PCR test, dramatically mitigates the danger of community spread and, with empirical evidence and careful execution, will work. The probability of a contagious COVID carrier entering a ‘safe zone’ is less than one-tenth of one per cent.

“I do hope a vaccine will be available and widely adopted soon, but we can’t wait. We want Nevadans back to work and our kids back to school. We owe these efforts to our visitors and to the citizens of Las Vegas whose lives and futures depend on Las Vegas attracting millions of tourists and getting back to the business of fun.

“I see recovery on the other side of this turbulent river, but patiently waiting for the waters to subside is not the most effective approach. Rapid tests and safe zones are the stepping stones we can use to continue to cross this river.”