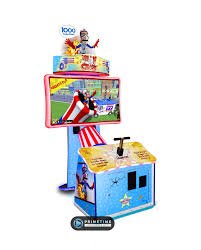 This new, more compact version allows players to experience the same game-play as the original Willy Crash, with only a smaller cabinet and 32 inch display. The software is the same as is the plunger, keeping the same player experience but allowing it to fit in even more locations.

Players detonate the TNT plunger to launch Willy into a 3D cityscape that aims to gain points at the top of structures. A direct hit leads to a vibrant celebration, but a miss finds the hapless stuntman fall into some interactive challenges.

Sammy Harrison, marketing manager at Bay Tek explained: “We wanted to maintain the same ‘fun and funny’ player experience provided by Willy Crash, just with a smaller footprint – and we were successful in striking that balance.

Our goal was to give locations with less floor space the ability to have this popular title in their game rooms.”

The cabinet of Willy Crash includes a novelty light up cannon synchronised with match play and a plunger simulating a TNT box. Its narrower footprint and adjustable LEDs are intended to attract crowds in a game room of any size.

The game’s app variant is accessible and comparable to the arcade counterpart, with some added characteristics. Coins are gained instead of tickets based on the precision of the player’s objective. Coins can be cashed in to buy Willy distinctive costumes that boost stamina and maintain him for longer.

You can download the free Willy Crash app on Google Play and Apple App Store. 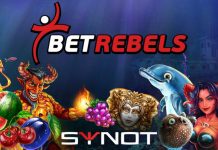 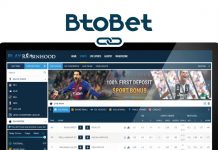 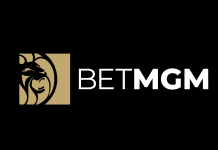