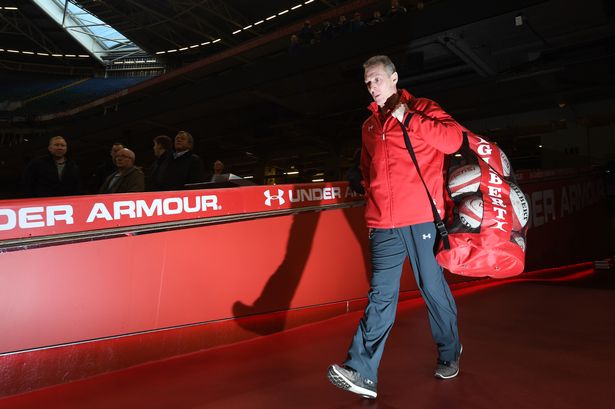 Rob Howley Wales back coach has been dismissed from the World Cup for an alleged violation of the betting and anti-corruption legislation of World Rugby.

The departure of the 48-year-old is a enormous blow just six days before the opening Pool D match against Georgia in Japan.

A declaration from the Welsh Rugby Union said Howley had “returned to Wales to assist with an investigation.” The WRU revealed that it was in connection with a possible bet violation on rugby.

Wales sent Stephen Jones to fill the gap left by the sudden departure of Howley and Jones is anticipated to arrive at the Kitakyushu base of the squad “imminently.”

The WRU statement said: “Rob Howley has returned to Wales to assist with an investigation in relation to a potential breach of World Rugby Regulation 6, specifically betting on rugby union.

“The decision was taken to act immediately in light of recent information passed to the WRU. No further details can be provided at this stage as this would prejudice the investigation.

“If required an independent panel will be appointed to hear the case. Rob has co-operated fully with our initial discussions.

“Warren Gatland has consulted with senior players and Stephen Jones will be arriving in Japan imminently to link up with the squad as attack coach.”