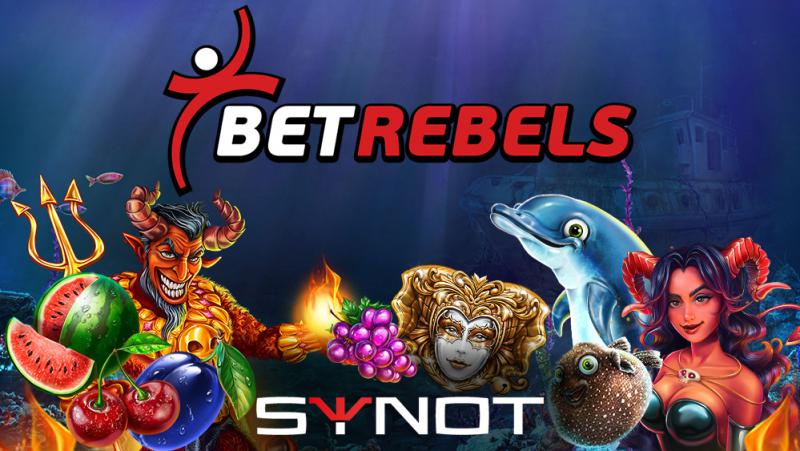 Synot Games has further extended its European scope, as the supplier signs a content-based deal with BetRebels for the first time to go live on the Greek market.

Players at betrebels.com and betrebels.gr can now experience the frozen land of Dicey Fruits, the oceanic underworld in Dolphin’s Wild Ride or a wild, more lined-up adventure with Rich Pirates.

Rebels Gaming owner Yiorgos Metaxas has said: “During the past year, our casino offering has been enhanced with new and innovative providers.

“The addition of Synot Games’ special content provides us the ability to add fresh and high quality engaging games, full of intriguing features and mechanics that players love. Without a doubt, Synot Games’ content will prove to be very popular with our players.”

This latest announcement comes after Lucky Dino, the German-based online casino operator, agreed to a deal with Synot Games at the end of last year to gain full access to the service providers’ entire games portfolio.

Synot Games Chief Commercial Officer Martina Hrabinska expressed excitement alongside BetRebels at the new launch. She remarked: “We are thrilled to release our games with another successful brand such as BetRebels using iSoftBet platform, and also take a step forward introducing our content to another country. We are looking forward to further our cooperation, and so increase our global footprint.”

Last month Hrabinska commented on the path of the business and the progress they have achieved so far. She said: “Getting our portfolio to be seen by players in 18 countries that we now have expanded our wings to, is at the top of my mind.

“It was a challenge to achieve stability in each of these markets but we managed to do that. We understood that we needed to adapt to the specifics of each and every one of them and this has helped us achieve our goals.

“Thanks to that, we expanded our teams in Bratislava and Malta. We successfully gained the MGA licence which was also one of our bigger milestones as well as gaining all certifications we targeted such as in Malta, Sweden, Denmark, Portugal, Spain, Italy and Lithuania.

“Overall, creating a dedicated “family” of experts surrounding the game portfolio of over 50 games. The attention to all in-house creations is something I am the proudest of and it is one of our most visible positives as our games are liked by players and partners alike.”