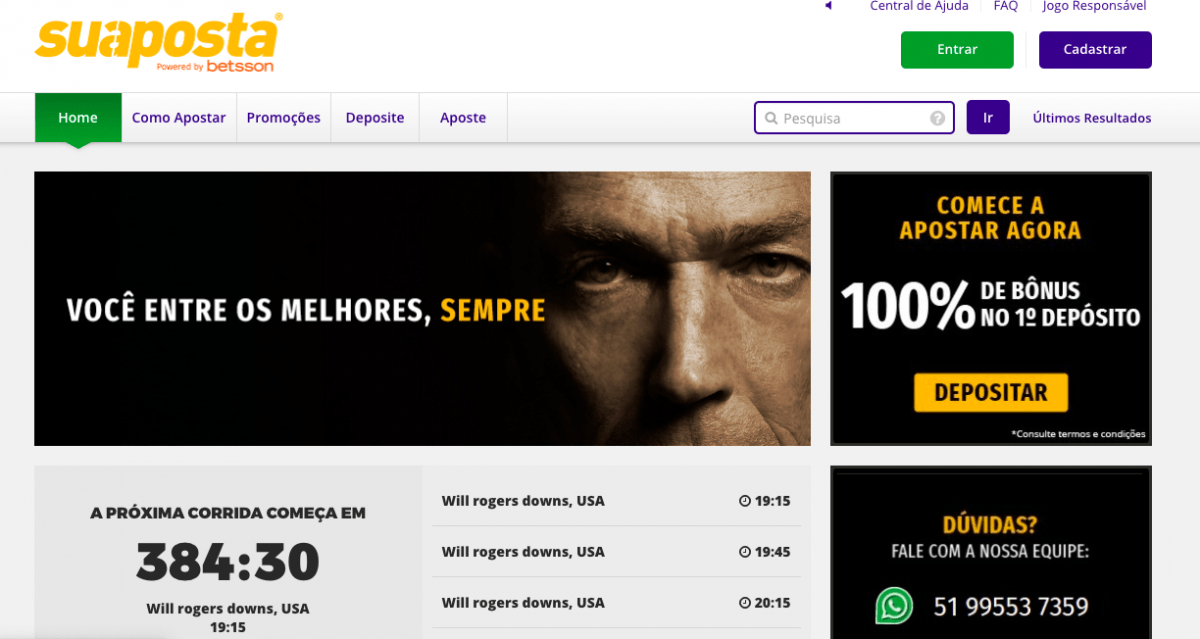 Suaposta has been serving as the sole operated online wagering platform in Brazil since 2012 offering horseracing bets approved by the Ministry of Agriculture and Livestock, serving in collaboration with the Rio Grande do Sul Jockey Club.

Speaking to SBCNoticias, Managing Director of Suaposta Andre Gelfi outlined that the rebrand represented the first step of the new trajectory of Suaposta under Betsson’s control.

Gelfi said: “Suaposta’s new identity reinforces its value proposition aligned with Betsson’s strategy and culture, strengthening our planned goals. The launch of a new brand identity is based on the redefinition of Suaposta and marks the future path of the company.”

The unusual role of Suaposta saw a newly refinanced Betsson take-up of a 75 percent stake in the Brazilian legacy racebook, as the company listed in Stockholm extends its South American footprint beyond saturated European shores.

Underlining the project, Betsson Governance aims to achieve ‘first-mover advantage’ on the largest sports market in South America, should the Brazilian government pursue its long-awaited plan to overhaul the federal gambling system of the nation in 2020.

Preparing for new horizons, Gelfi reports that Suaposta has started to incorporate operational changes that will see the company transition in the coming months to the Betsson group’s operating platforms and systems.

He added: “We will have many positive updates that we will be communicating throughout the year. The idea is to convey this new message to our customers and bring them closer to Betsson, who, despite being a new player in the Brazilian market, is already a recognised world leader in the online casino and sports betting industry.”