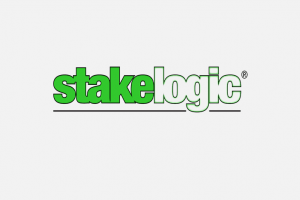 Online slot developer Stakelogic has announced that the UK Gambling Commission has given them a supplier permit allowing the company to enter the UK.

As a result of the green-light problem, the entire slot suite of Stakelogic has been accredited under UK legislation and is now available on the market to licenced operators. This means that the region’s players will be able to access titles like Encharmed, Book of Adventure and Mystical Santa Megaways.

Stakelogic has created a series of online versions of land-based slot games from Reflex Gaming, including titles such as Lucky Mushrooms and Eureka Einstein Moments, to mark its arrival on the UK market.

The company has also signed a licencing agreement with Big Time Gaming and has recently launched its first Megaways slot, Black Gold Megaways, to be accessed for the first time by UK players.

Stephan van den Oetelaar, CEO of Stakelogic, said of the development: “‘We are thrilled to have secured a supplier licence from the UK Gambling Commission just weeks after being granted a permit in Romania.

“We have already signed partnerships with a number of online gambling brands who will launch our games to UK players in the coming weeks.

“In anticipation of our UK licence we have created a series of slots that will take Reflex Gaming’s popular land-based games online which we believe will be a big hit with players.

“We have also recently launched our first Megaways title which is proving to be a great success and which will undoubtedly appeal to UK players too.

“As we continue to secure licences in regulated markets and grow our game portfolio, Stakelogic aims to triple the revenue of our clients again in 2020.”