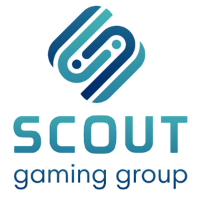 Scout Gaming Group has concluded an omni-channel agreement to provide the Namibia-licensed operator Allbet with its daily fantasy sports platform.

Under the contract, Allbet will have full access to the Scout network allowing it to give its customers a complete daily sports fantasy service.

Allbet is yet to launch its online gambling platform in Namibia but is expected to go live before the end of the first quarter with the fantasy sports solution. The operator also plans to integrate the Scout platform into their operation on land.

“We are widening our operation into the online space; we wanted an exceptional product offering and decided to include fantasy sports,” Allbet managing director Andre Botha said.

“It was clear that Scout Gaming is the true market leader, both in terms of markets, sports and game format as well as available prize pools.”

Scout’s chief executive Andreas Ternström added: “Allbet has shown a strong track record in their retail operations and I’m very happy to be chosen as their supplier as they enter the online market.”

Scout Gaming Group has entered into an omnichannel agreement with Allbet to deliver the company’s Daily Fantasy Sports platform.