The release of OpenGaming was announced by Scientific Games Corporation uniting the Open Gaming System and OpenPlatform of the company.

The US gaming technology company notes that the “end-to-end digital ecosystem[ is] for operators looking to provide a new wave of immersive gaming experiences,” fuelled by a number of features and “imaginative” player experiences.

“OpenGaming takes our passion for great games and builds in layers of multi-studio features to drive a new revolution for our industry. It kicks open the door to the future of interactive gaming in our industry.”

OpenGaming implementation from the company based in Las Vegas puts together the OGS content aggregation network of Scientific Games along with the OPS player account management program.

The OpenGaming ecosystem is therefore home to content aggregation software, user account management platform, and over 2500 games from a global network of in-house and third-party game studios, as well as a range of apps including jackpots, free-rounds, tournaments, and peer-to-peer gaming.

Dylan Slaney, SG Digital’s SVP gaming, commented: “When we talk to players, they tell us we’re competing for their time alongside other aggregation platforms in the media, mobile, and console gaming worlds.

“With the launch of OpenGaming, which now includes our award-winning OGS content aggregation platform, our OpenPlatform player account management system, and our unparalleled library of world-class multi-studio content, our teams and partners have risen to the industry’s challenge and created a breakthrough entertainment ecosystem.”

Recently, Scientific Games has expanded its sports betting footprint in the US, with two debuts last month further consolidating its foothold in the country.

Last month, the business partnered with Caesars Entertainment, which saw the relationship reach a fifth state through the Indiana Grand Racing and Casino, before aligning with Oneida Indian Nation and its Chittenango Yellow Brick Road Casino. 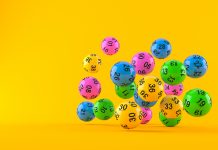 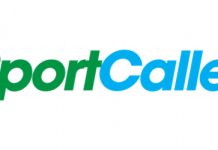 SportCaller And Virgin Bet Link Up With LiveScore6