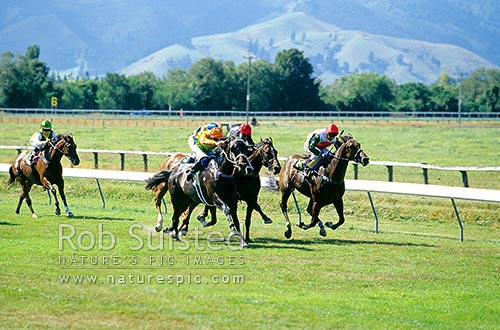 New Zealand’s Racing Industry Transitional Authority (RITA) has recognised concerns that the Racing Industry Act does not provide adequate flexibility to carry out new betting items, but has announced that an act governing online betting may be in works.

The transitional body, which will develop into TAB NZ once the law is passed, said that the proposed structure “is not yet where it needs to be.”

Under the bill, the launch of new products would be subject to an approval process, with a number of considerations to be met before these could go live, such as harm minimisation controls.

RITA said it agreed with the assessment by Harness Racing New Zealand (HRNZ) that this could be restrictive and vowed to press for increased flexibility in the process.

It also acknowledged that there is no provision in the bill to establish a New Zealand equivalent to the Australian Interactive Gambling Act, to ban unlicensed offshore activity in the country, something HRNZ has also flagged.

Nevertheless, RITA said, it had addressed with the Department of Internal Affairs the effect of offshore bookmakers on the legal betting industry in New Zealand. It emerged that, following the launch of the Government’s Online Gambling Review, released in August 2019, any such act is being considered separately to the legislation to revamp racing.

On the subject of intellectual property racing, RITA looked to address HRNZ’s concerns about TAB NZ holding exclusive rights to all information on racing betting, racing betting systems and any audio or visual content.

“From RITA’s perspective, it is essential that TAB NZ has uninhibited access and usage of racing IP in order to be able to monetise that IP effectively and thereby maximise its profits for the benefit of the three racing codes and the wider racing industry, as the legislation intends,” it explained. “In simple terms, for the benefit of the industry, TAB NZ needs to be able to use racing IP to function effectively as a wagering operator.”

In practise, this would not mean significant changes to the racing codes, it added. RITA has promised not to seek to restrict the use of racing IP codes to promote the industry.

The bill will also include ministerial sign-off for any arrangement arrangements that would see TAB NZ outsourcing to third parties operations of its betting, broadcasting or gaming functions. Although HRNZ challenged this, RITA said it was equivalent to other territorial arrangements and would ensure that the process remained robust.

Finally, RITA dealt with the issue of the Racing Integrity Board (RIB), to be established through the bill. HRNZ argued that the roles of the Judicial Control Authority (JCA) and RIU need to be divided in order to ensure that regulatory and adjudicative duties are carried out separately.

“The details of how that will be achieved is a matter for the RIB board and not one for legislation,” RITA said. “Further, the RIB members will be appointed by the Minister on nominations from codes and will be independent of the codes, which is an important feature of the new independent model and is a structure commonly found across a number of industries in New Zealand.”

The latest update comes after RITA previously tried to alleviate concerns regarding a number of elements included in the Racing Industry Act. Previously, it has addressed the closing of venues-which are inevitable-and the argument that the law does not guarantee the industry new revenues-something it disputes.

The bill is expected to come into effect from 1 July 2020, after the Racing Reform Act was introduced on the same date in 2019.