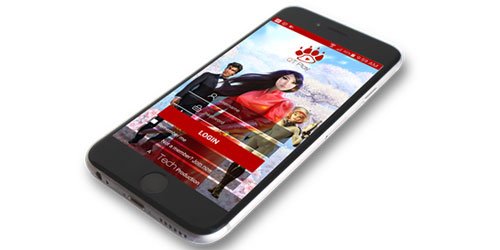 QTech Games, a leading distributor of online casino games across Asian markets, has teamed up to launch its new tournament with Swedish gaming developer Thunderkick.

The latest QT Thunderkick Championship runs from February 6 through February 26 and features a prize pool of $15,000. Joining will be free and the only prerequisite to be active is to play any Thunderkick game in real-money mode.

The top 20 players will receive cash prizes each day of the tournament. Players must qualify for the prizes after organisers have made sure that participants have fulfilled “clear and responsible bet conditions within participating games.”  QTech Games has further announced that the top 20 players in the overall championship will be provided with additional rewards.

Thunderkick was created in Sweden in the year 2012. The studio produces online slots games and supplies those through its Remote Gaming Server to operator partners and service distributors. The portfolio currently covers over 35 HTML5 titles.

Thunderkick is authorised by the Malta Gaming Authority and the UK Gambling Commission, and is accredited in several regulated markets for their content. Apart from its Swedish headquarters, the company also has an office in Malta.

All of the game titles under Thunderkick will be part of the brand new QTech Games competition. It means players who play Swedish studio classic hits like Pink Elephants and Carnival Queen as well as new releases like Divine Lotus and Sword of Khans from February 6-26 will be able to participate in the QT Thunderkick Championship, the result of the exclusive partnership between the games studio and the content distributor.

The upcoming QT Thunderkick Championship will be the latest in a series of tournaments that QTech Games is organising. In a competition-style atmosphere, the content provider’s tournaments give casino players the opportunity to turn their daily spins into additional prizes.

Among other ways, players can accumulate points, including consecutive wins, successive defeats, and large multiplier wins. The gamification layer of QTech Games provides live leaderboards for every game that is involved in their tournaments.

The leaderboards update in real time and allow players throughout the tournament to track their progress. QTech Games says its competitions and gamification platform are fostering collaboration and enhancing dwelling time across its partner operations.

QTech Games is licenced in Curacao and offers an extensive portfolio of casino games. This focuses especially on emerging Asian markets, which is why its content range is localised for each Asian region and is delivered through native mobile devices, along with powerful reporting and marketing resources and 24/7 local language support.

Commenting on their business model, Markus Nasholm, CEO of QTech Games, said they always look forward to staying ahead of “pressing player trends” and that’s why they moved to launch their 2019 QT tournaments idea.

The executive went on “this industry-first campaign rewards tool allows any operator to create their own tournaments across the entire QTech portfolio of products, or they can simply select the specific games or studios which they want to promote.”

Nasholm further noted that “QTech’s tournament campaigns frame the perfect opportunity for providers to boost their games by delivering extra exposure and sustainability.” The campaigns are also a powerful “marketing tool for operators when it comes to raising acquisition and retention rates by offering players a life-enhancing win off low stakes,” the QTech Games boss explained.