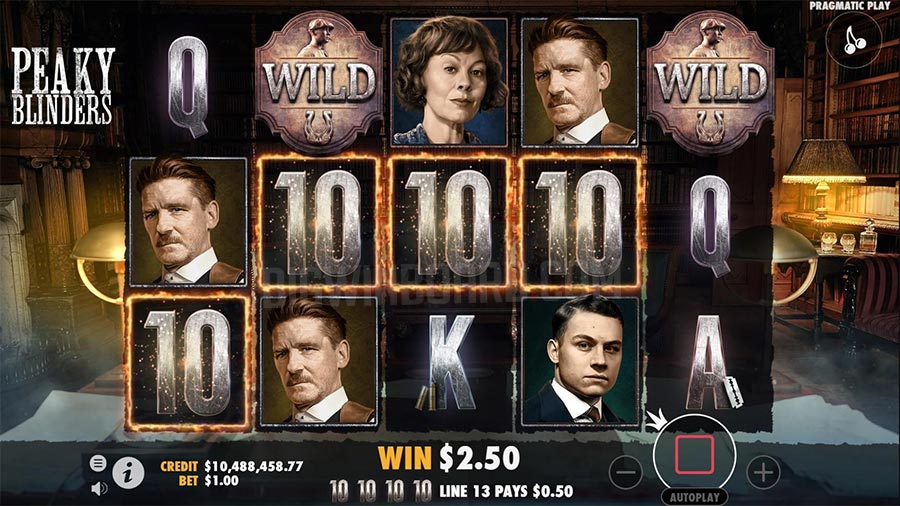 Pragmatic Play, one of the industry’s leading content providers, has released its first branded slot title, Peaky Blinders. The title is published in collaboration with Endemol Shine and with the owner and manufacturer of the Peaky Blinders brand, Caryn Mandabach Productions.

The title brings players to the Small Heath centre, the popular hit TV show location from the Peaky Blinders, offering players the chance to immerse themselves in the Shelby family home.

The game is full of features and modifiers. The aim is to hit the modificators for major wins at the By Order Of The Peaky Blinders or the Shelby Betting Store. These can land on any turn.

The bonus feature for extra spins can be activated if the logo symbol lands one or three reels, before one of the modifiers lands on the fifth reel. The modifiers specify the mode of bonus spins.

Pragmatic members, who recently went live with BetMotion, say they ‘re excited to launch their first branded title, and are proud to launch a title based on such an iconic series. They say the production process was exciting, and look forward to seeing the title succeed in the markets.

Pragmatic Play ‘s Chief Commercial Officer Melissa Summerfield said: “Peaky Blinders marks our first branded title, in partnership with Endemol Shine, and we are proud to release a game based on such an iconic series.

“It has been very exciting developing content around such an established TV franchise, and we look forward to seeing how it is received by our fans across the globe. This is not one to miss!”

Pragmatic has a wide range of live casino and bingo items and can supply up to four new slots each month. Their entire portfolio can be accessed via a single integrated API.

🥃 Prepare to explore the gloomy streets of Birmingham hand in hand with the Shelby family! Our first branded slot – Peaky Blinders – is now available, waiting for you with plenty of attractive features.