Pechanga Casino Resort has become a founding partner of 70,000 seat development, 298-acre SoFi Stadium and construction of Hollywood Park, joining a number of collaborations in the process.

The official California casino affiliate of Los Angeles Rams, Los Angeles Chargers, SoFi Stadium and Hollywood Park will be Pechanga Resort Casino, owned and operated by the Pechanga Band of Luiseño Indians, as part of the comprehensive deal.

The property becomes the first company headquartered in Southern California to declare a partnership with Hollywood Park and SoFi Stadium.

As part of the deal, the casino resort will have “an extensive presence” throughout the stadium when it debuts next year, featuring select branded spaces such as the Pechanga Founders Club, with 14,000 square feet.

In addition, an activation area of 11,500 square feet with branding and experiential opportunities should also be integrated with signage and product incorporation to be visible at one of four VIP entrances.

“We are thrilled to partner with the Chargers and the Rams, and to be a part of SoFi Stadium,” said Mark Macarro, Tribal chairman. “This isn’t just a Los Angeles stadium, it’s a Southern California stadium, and Southern California has always been and will always be our home. We are especially proud to be able to help local students and people in need with the grants we announced today.”

Complementing the tribe’s new partnership is also donating $100,000 to Inglewood’s Morningside High School and the Non-Profit School on Wheels and US Vets in Inglewood.

“We are building a global destination that will be the pinnacle of sports and live entertainment,” commented Jason Gannon, managing director of the SoFi Stadium and Hollywood Park.

“Pechanga is a company that not only shares Stan Kroenke’s vision to build a world-class facility and fan-first development with Hollywood Park, but also shares our passion for our surrounding communities.

“When our doors open in July, we look forward to working alongside Pechanga to create memorable guest moments and to give back to our Southern California home.”

The new sports link-up contributes to long-standing alliances with the Los Angeles Lakers and the Los Angeles Angels, which also secures the naming rights of the San Diego Pechanga Arena.

“We are proud to be the first Southern California-based founding partner with SoFi Stadium and Hollywood Park,” added Jared Munoa, president of the Pechanga Development Corporation.

“This is a natural partnership between two of the top entertainment destinations in Southern California. We can’t wait for fans to experience the new Pechanga Founders Club and a lot of the other great amenities here.” 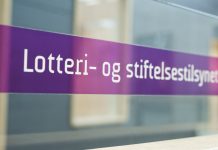 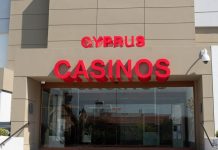 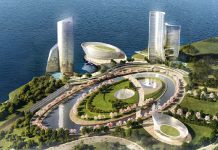