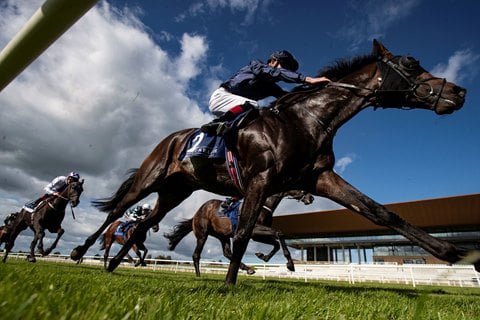 A letter released by the chief medical officer of the National Public Health Emergency Team (NPHET) indicated that Irish racing could be exempted from a level 5 lockout, as Ireland mulls on whether to implement more lockdown measures.

NPHET CMO Dr Tony Holohan made a clear reference to racing being allowed behind closed doors in a letter to Health Minister Stephen Donnelly, irrespective of whether a full lockdown was enforced.

Earlier this week, with new legislation including a ban on all indoor restaurant dining, Taoiseach Micheal Martin announced that Ireland will switch from level 2 of its limitations to level 3.

Ireland is expected to remain at level 3 until 27 October, pending NPHET calls for progress on level 5 steps, which means a ban on all social and family gatherings as well as organised indoor gatherings.

The CMO’s letter recommending tougher lockdown measures stated that if the nation were to re-enter a complete lockdown, there would be a ‘exemption for professional/elite/senior inter-county/horseracing behind closed doors.’

Stated by the Racing Post, Chief Executive Brian Kavanagh of Horse Racing Ireland said: “I think that is good from the point of view of NPHET confirming that. It’s all speculation at this point, but I think the key thing is that we’re showing we can run something safely and with minimal risk.”

“We’ll follow government advice all the way through. The participants in racedays have been great and we have to keep redoubling our efforts to continue racing no matter what might happen.”