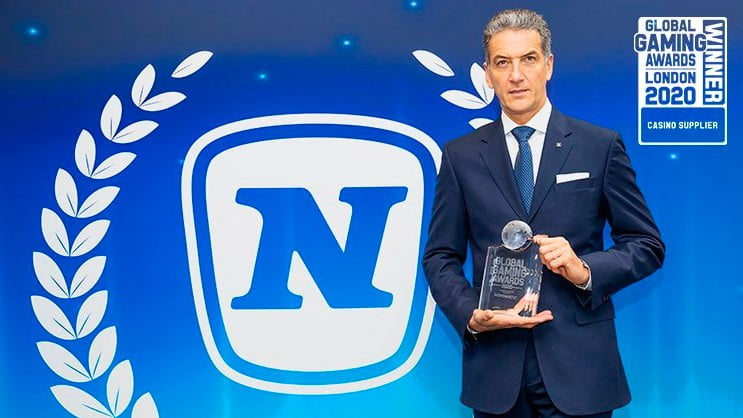 For the third time in a row, Novomatic was named as “Casino Supplier of the Year” at the Global Gaming Awards ceremony held at ICE Totally Gaming in London on February 3.

The Gumpoldskirchen, Lower Austria based company won over nine high-profile international competitors. The prestigious award was awarded during a lavish ceremony at London’s Hippodrome Casino.

Novomatic CEO Harald Neumann said: “To us, being named ‘Casino Supplier of the Year’ for the third year in a row is a very special confirmation of our achievements as a reliable and innovative international technology provider. We could not have hoped for a better start to our 40th anniversary year.”

This award is given to the companies for their product and service inventions in a total of 16 categories. The jury, made up of over 50 of the world’s leading industry experts, selects the winners out of 175 nominated candidates. The Global Gaming Award is therefore considered to be one of the fairest and most reputable awards in the gaming industry, as each vote is awarded independently.

The Global Gaming Award is a clear indicator of the quality and reputation of a business because it acknowledges the company as a market leader and honours the research done over the past twelve months.