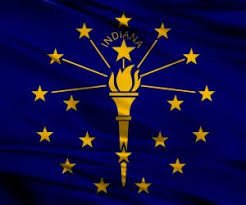 During September, an NFL-inspired spike saw Indiana set a number of records, with the strong online success coming after Jon Ford, a member of the Indiana state senate, vowed a new push to legalise igaming next year in the state.

Using football’s return, for the first time in a single month, sportsbooks throughout the Hoosier State surpassed $200 m in bets, created record operator revenue, and passed $100 m in combined revenue since its launch in September 2019.

Jessica Welman, analyst for PlayIndiana.com said: “Indiana has benefitted from Illinois’ relatively slow launch and its inconsistency with in-person registration requirements, buying Indiana time to continue to capitalise on the Chicago market.

“Indiana’s balanced regulatory framework remains attractive to operators, which has kept the market on relatively firm footing, too. Those factors were key in kicking off the football season in record fashion.”

In September, Bettors bet $207.5 m, eclipsing Indiana ‘s previous $187.2 m mark set in February. The result of September is up 489 percent from the $35.2 million handled by the industry posted one year earlier, the first month of legal sports betting in the state, in the same month.

The September bets produced $14.3 million in adjusted gross revenue for state operators, up 66.9 percent from $8.6 million in September 2019 and beating the previous $12.2 million record set in January.

The sum should keep Indiana nationally in fourth place, ahead of Illinois, which in August generated $139.8 million, and Colorado. Online betting generated 83.5 percent of September’s handle, or $173.2 m,

After Ford expressed a intention to implement an online casino bill in 2021, with igaming recognised as a crucial additional revenue source for the state, an even more efficient revenue generator may also be on the way.

Dustin Gouker, lead analyst for PlayIndiana.com said: “Online casino gambling has enormous potential to generate revenue for the state, and its legalisation would almost certainly stem any slowdown in sports betting caused by increased competition from Indiana’s neighbours.

“With a maturing online sports betting market, Indiana already has strong infrastructure in place to quickly ramp up. That would put the market on the path of success.”