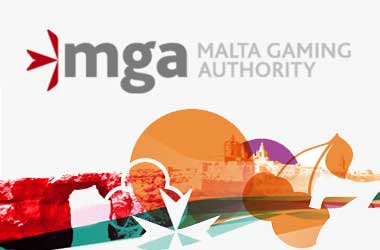 The Malta Gaming Authority (MGA) announced that between January and June 2019 it had issued 13 licence denials as stated in its interim performance report.

The report summarises the MGA’s results, outlining major projects over the first six months of the year.

It emerged that six of the 13 on-board licence refusals were issued and seven were issued through ongoing inspection, on the grounds that either the company itself or the individuals associated with it were not considered fit and necessary.

Peter Spiteri, Chief Finance & Program Management of the Authority, claimed in publishing this report that: “During the first six months of 2019, the MGA continued with the implementation of the Gaming Act for the land-based industry that became subject to the new law from 1 January 2019. A lot has been done by the Authority to ensure that the implementation was completed effectively and all systems and procedures cater to the new requirements.

“During the past months, the MGA has increased the co-operation efforts with the international counterparts, relevant authorities and other regulatory bodies to further improve the efficacy of co-operation and exchange of information for better regulation.

“Despite various challenges facing the sector over the past years, the gaming sector continues to consolidate its standing within the Maltese economy. The MGA strives to ensure that the industry in Malta remains compliant with an evolving set of regulations that cater for newly emerging risks and maintains a strong reputation.”

The study also includes a section outlining key performance metrics for the first half of 2019 as well as a forward-looking medium-term forecast, accompanied by a detailed report detailing key statistics for land-based and online gaming industries.

The MGA has strengthened its contribution to AML and the battle against terrorist financing activities by gathering intelligence and sharing knowledge with relevant authorities, having previously signed a MoU with Spelinspektionen.

The MoU helps all authorities to encourage regular interactions and promote successful sharing of information on issues of common concern and policy areas.

From January to June 2019, following information from enforcement audits, compliance assessments, and formal inquiries, the Authority released 11 Reprimand notices, revoked 11 licences, and cancelled seven more. However, a total of eight administrative fines were imposed by the MGA.