Go on an adventure and discover riches as you journey through the Alien world of the Mayan Gods. Mayan Gods Slot is a five-reel slot and 3-row grid developed by one of the biggest software providers in the gambling industry, Red Tiger Gaming, and have produced games like Masquerade Slot. The unique slot features flying saucers, mysterious symbols, strange pyramids, and special flavours for your thrill granted when the gods land in place on the 20 paylines.

You’d find different symbols on the slot reels that need to land on reels one, two, and three to win you money. There are extra features present in the game to take advantage of and win big such as wild symbols and other random symbols. You’d also find the well-designed slot quite fascinating and suitable for its online slot theme, a well-fitting soundtrack, and compelling gameplay overall.

In its simplicity, you’d find extra modifiers like the Mayan King feature, Mayan Eclipse feature, Mayan UFO feature, and Mayan Shaman feature. This review will discuss all these and more about the slot like the volatility, RTP, interactive features, paylines, and more.

Mayan Gods is a video slot that falls into an adventure category, is situated in an ancient temple, and tells the story of ancient Mayan civilization and alien masters. This theme is well-known in fictional movies like Indiana Jones, about aliens giving helping hands to the ancients. If you’re one for UFOs and extraterrestrial forces, this is the right video slot. The game is a 5 by 3 matrix with graphics designed to look like ancient stones, but on the reels themselves, you find golden alien-looking structures that shimmer in the centre of jungle canopies.

The soundtrack and background to the simple slot design make you feel in sync with the gameplay, and there’s an option for you to mute and unmute the soundtrack if you feel it’s unnecessary. The colours you’d encounter in this slot game are bright green, starry blue, gold and red, giving the slot an overall vivid outlook.

On the reels, you’d find characters, although symbols in this slot tie in with the theme. These symbols are the sun, the phoenix, pyramid, jade rock, fire, water, wind, earth, and thunder elements. Also, you’d randomly see the four Mayan Deities, which help to trigger extra Mayan features, and these gods include the Mayan King, Mayan Eclipse, Mayan UFO, and the Shaman.

The high-paying symbol of all is the sun which gives 25x your stake on landing a combination of 5, and the low-value paying symbols are the elements of fire, water, wind, earth, and thunder. The second-highest paying symbol is the phoenix, followed by the pyramid, then the jade rock. An additional symbol on this slot is an ancient totem that delivers multipliers. The reels pay from left to right on the 20 paylines present and usually start from the leftmost reel. Matching three a symbol is a minimum requirement for a payout, except for the sun symbol, a 2×2-sized wild symbol.

To play the Mayan Gods video slot is nothing unconventional as there is no new tactic to it as in other common slot-type video games. You can access the Mayan-themed game through the following steps for old and new players.

The game can be accessed on different devices as it has high compatibility with your desktop device and smartphones. The five-reel, 20-payline slot game works with iOS, Android, tablets, iPads, and many other devices.

The base game alone provides fascinating interactive features before unlocking the extra features incorporated in the game. The first most likely feature to lure in punters in this game is the multiplier that reads on matching symbols landed on the reels. This multiplier almost serves as progressive bonus gameplay because the more you land matching combinations, the more the multiplier increases by 1x and could get huge on your total wins.

There are four bonus features to be triggered in this video slot, and you can as well trigger up to two of the same or different Mayan deities on the same spin by landing the special symbols on the reels; these features include:

The Mayan King Feature: This is triggered by the Mayan king symbol that turns into a 2×2 mega wild symbol, and it can bring out more wilds to the reels when landed.

The Mayan Eclipse feature: This feature is triggered by another of the special symbols, an eclipse symbol, and 4 random combinations of symbols that all transform into the same matching symbol. Hence, a new payout is made.

The Mayan UFO: This feature helps turn low-value symbols into higher-value ones, and the new payout follows with the new symbols in position.

The Mayan Shaman feature: The shaman helps increase the random multiplier and clears off all symbols on the reels to create a new symbol drop with the expanded multiplier.

There aren’t extra spins or bonus spins, but these features often come so that you won’t feel the lack of extra spins in the game.

You’d come across the Puma wild, the official wild symbol for the video slot, and a totem represents the multiplier. There is no scatter symbol or sticky wilds observed. As mentioned before, you’d find the autoplay buttons to set the number of automatic spins and the turbo mode, which helps speed up things.

The online casino game does not have no deposit-free spins but instead is incorporated with extra symbols to unlock other bonus features, as explained in the interactive features above.

There are 20 paylines available in the video slot, and they pay from left to right. The minimum bet you can stake on these reels is 0.20 per spin and 10.00 per spin for the maximum bet. The highest number of coins you can win in a base game is capped at 500 coins, while the highest number of times your stake can be multiplied in a base game is 25x.

Mayan Gods slot is powered by Red Tiger Gaming and powers slots such as Mega Dragon Slot. This gaming software company is not new in gambling and has been around since 2014. They provide some of the most progressive jackpot systems in online casino games and have been designing games of high quality and the best user experience since inception. Some of their best-known games include Da Vinci’s Mystery, Leprechaun lines, Cirque de la Fortune, God of Wealth, Jack In A Pot, Golden temple, and many others.

What is Mayan Gods Slots RTP?

Mayan Gods Slot has medium to high volatility, implying the chances of landing winning combinations are not so high.

This video slot from Red Tiger Gaming, creators of Mega Jade Slot, is an adventurous game that will make the punter feel what ancient civilization feels like, with aliens’ fictional presence. It has intriguing gameplay and enough features to make punters come back for me. The slot has room for punters who are not high-rollers and gives off good-enough wins for its minimum deposit. Also, the lack of free spins is made up for by the bonus features, the RTP is also good enough for its volatility, and in all, Mayan Gods is recommended for players who love alien stories and want to make money off it. 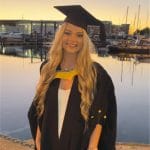