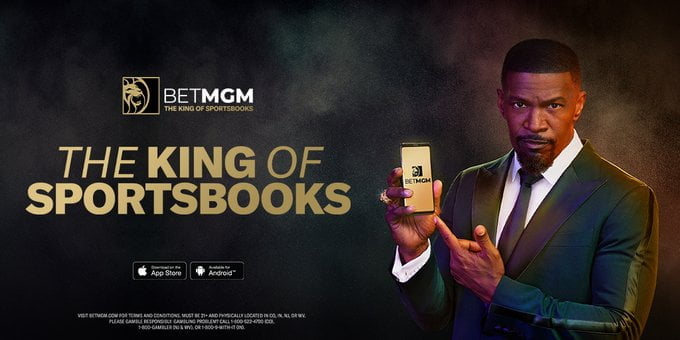 BetMGM revealed on Tuesday that Foxx had agreed to star in the latest promotional campaign for the brand, based around the not entirely confirmed assertion that it is the King of Sportsbooks.

The campaign, which was developed in collaboration with creative agency 72 and Sunny New York, will feature “a variety of traditional and social media ads,” with the first instance being a video promo that will arrive “in the coming weeks.” Foxx will reportedly appear to levitate over the fountains at the Bellagio casino in Las Vegas to demonstrate “the excitement of sports is to showcase”

Matt Prevost, chief marketing officer of BetMGM, called the campaign “the next step in the evolution of the BetMGM brand,” a joint venture between US casino operator MGM Resorts and GVC Holdings, a UK-listed gambling giant. Furthermore, Prevost argued that BetMGM “exists at the intersection of sports and entertainment, and Jamie fits this positioning perfectly.”

BetMGM was born two years ago when Roar Digital, the GVC / MGM joint venture, was formed. In July, on top of their initial $200 m investment, the partners promised to invest an additional $250 m to ensure that they are a major player in the US sports betting and online gambling industry.

BetMGM is officially approved in seven US states to provide sports betting and aims to be in four more states by year’s end. In some countries, BetMGM began slowly but has been gaining ground in recent months, while still far behind the FanDuel brand of current market leaders DraftKings and Flutter Entertainment.

Celebrity endorsements in the US market are a relatively young phenomenon, reflecting the fact that the market outside of Nevada is only a few years old. But William Hill US ran a commercial in Nevada back in 2016 featuring Pete Rose, a non-levitating baseball hero, playing up his controversial betting history.