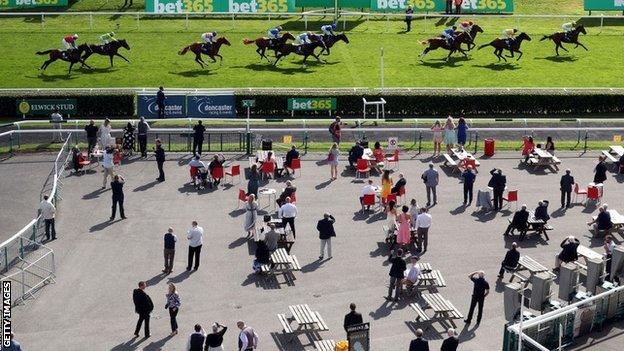 Under the Irish government’s latest guidelines, audiences at Irish racecourses are due for the next six months to be limited to a maximum of 500 people.

According to Horse Racing Ireland chief executive Brian Kavanagh, the regulation is a ‘real concern’ for both the sport tracks and Irish tracks – both of which have suffered as a result of attendance constraints.

On the Living With COVID roadmap, which spans the next six months, Taoiseach Micheal Martin outlined 5 stages. Confirming that Ireland is on the roadmap at level two, the new rules would allow 200 additional people to compete in racecourses if the country advances to level one, which Kavanagh said could at least herald the return of owners to tracks.

However, if the rates escalate and the country regresses to level three or four, horseracing will proceed behind closed doors. If level five, the most serious, is reached, all sporting activities will be halted.

Kavanagh told the Racing Post: “It’s not a sustainable number for a lot of racecourses but there’s provision in the legislation to engage on those issues and we will do so in the coming weeks on that. A total of 200 will probably allow owners and 500 doesn’t give much more leeway but we’ll look at that over the course of the coming days.”

Discussing whether racecourses would be able to thrive without paying audiences in the long run, he said: “It’s a real concern. Racecourses can survive one shock, but if you say to a track that you’ll lose a big festival meeting for a second time that creates a real problem.

“There’s specific provision in there regarding large-scale events, so let’s see what that means and what’s involved in that.

“From reading it, it looks like 200 patrons or spectators will be allowed back on track at level 2 and we’ve said that owners will be the first priority in that respect. Beyond that is a longer-term issue and we’ll continue to work with the relevant authorities on that issue.”

He added: “The other point worth noting is that it’s reassuring to see that even if the level steps up to three and four, there’s specific mention of racing behind closed doors continuing. That’s welcome clarity.

“We’ve followed government guidance throughout this process and will continue to do so. We’ll probably have more to say later in the week regarding arrangements for owners and so on.”