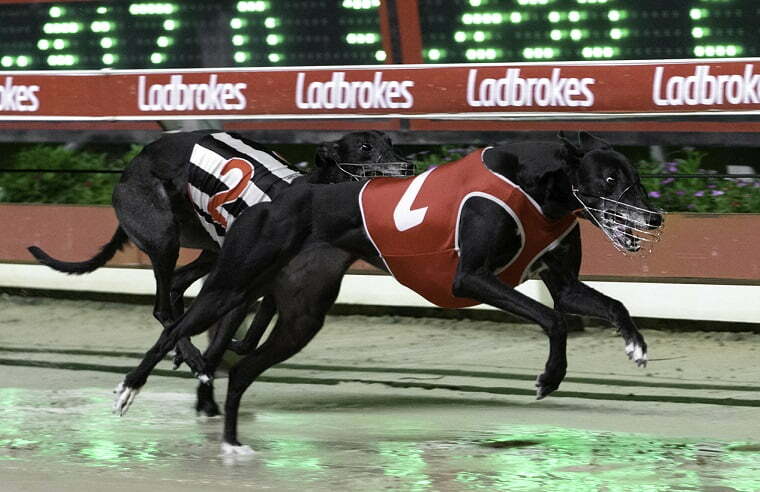 His performance’s consistency was due to the fact that he shattered track specialist Cosmic Bonus smashing the great galloper with seven and a half lengths running 27.08.

Fernando Blaster’s record breaking run was another part of a “unbelievable” ride with the dog for Sydney-based owner Merv Papworth.

Only two runs back, Fernando Blaster had in a Cup heat matched the 520 m track record of Champagne Sally’s Ipswich. And he had won the Group 2 Lismore Gold Cup final at his earlier start.

“To think I rang up even before the litter was born to order a pup,” said Merv. “Terry Jordan rang me back a week after they were whelped to let me know of the 11 pups in the litter.

“I asked if I could buy the dark brindle dog pup and I remember it like it was yesterday, Terry said ‘I’ll put a stamp on his head for you right now’.”

The litter was bred by Jordan and his wife Lyn and Terry continues to train the dog.

“I have only seen him race a couple of times, at Wentworth Park in the Derby final and in the Maitland Cup final and he was lucky not to win the Derby and was beaten narrowly at Maitland,” said Merv.

For that Cup final, the Jordans tried to coax Merv to Ipswich and told him about being at the Casino next week.

“I think I might be a jinx so it’s a bit unlikely that I’ll go up to Casino,” he said.

“I’m 76 years old and travelling around like that is not ideal.”