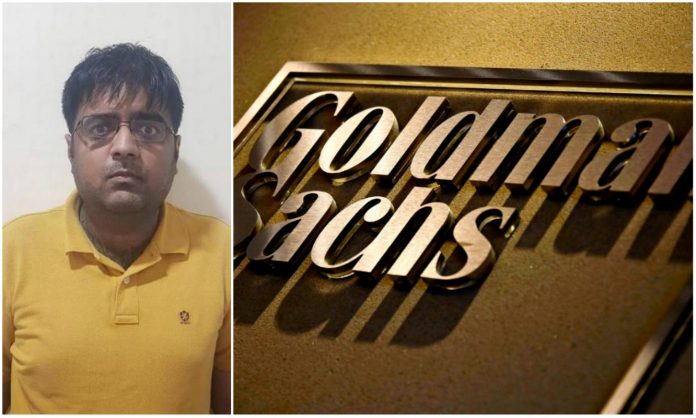 Financial investment firm Goldman Sachs is struggling to find out how much harm could have been caused when one of its former employees Ashwani Jhunjhunwala, VP of the legal team of the company in Bangalore, India, chose to use the business accounts as his private piggy bank.

Jhunjhunwala had an overwhelming affinity for online poker, but after constantly losing, through bank loans, racked up an ungodly quantity of debt. Desperate to discover a way to cover his losses, he created a plan to use business funds to pay down the sum, and according to Reuters, at least $5.3 million has been robbed from the business.

Jhunjhunwala should have known that transferring millions of dollars between accounts was likely to set off alarms because of his background and experience with the company. They did, and their financial transactions were looked at more closely by Goldman Sachs. The 36-year-old lawyer had become crafty and logged into junior coworkers ‘ computers, purportedly to train them, according to the company. He had other ideas in mind, though.

Jhunjhunwala then asked the coworkers if they would do him a fovour which ultimately meant that they would be away from the area. While the coworkers were away, the lawyer moved money from the company’s accounts to others that he held in Hong Kong with China’s Industrial Commerce Bank. In less than ten minutes, he was reportedly able to complete two transactions.

Abhishek Parsheera, who is the senior counsel for the Bangalore office of Goldman Sachs, realized what was happening, he called the police who arrested Jhunjhunwala. The Chinese bank has been kind enough to return the money enabling Goldman Sachs to restore order to its operations.

For the company it may have been a happy ending, but for Jhunjhunwala it certainly won’t be. He faces several charges, including breach of trust, cheating and dishonesty criminal charges. For those crimes alone could see him being locked away for 27-years.

There’s also a chance he will face charges related to his illegal gambling crutch, but the penalties are almost laughable for illegal gambling. The New Indian Express explains that a breach of local gambling laws often leads to only a small fine–only $2.78.