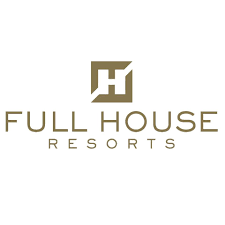 Submitting an application for a gaming licence for owners follows Waukegan City Council at a recent special meeting certifying American Place as one of three proposals.

The Full House submission listed as the top proposal with North Point Casino and Rivers Casino both going forward for further review, although it is said that the spurned Potawatomi Casino sued the city for a decision to reject its proposals.

If the group were ultimately to succeed, its first American Place phase would include a “world-class” casino with a “state-of – the-art” sportsbook, a boutique hotel consisting of twenty villas, each ranging from 1,500 to 2,500 square feet with full butler service, a 1,500-seat live entertainment venue, a gourmet restaurant that is said to compete with the finest restaurants in Chicago, “additional restaurants and bars and other amenities expected to attract gaming and non-gaming patrons from all over and beyond Chicagoland.

American Place’s second phase will include a four-star hotel with 150 beds, restaurants, entertainment options and other amenities.

If the IGC granted the licence to start construction at the Fountain Square shopping area site, the company would also develop and operate a temporary on-site casino during the construction of the larger facility.

Through this plan, Full House emphasised that it would allow the state of Illinois and the city of Waukegan to continue to benefit during the construction process from their significant job growth and tax revenue production.

“We thank Waukegan Mayor Sam Cunningham and the Waukegan City Council for advancing our proposal to the Illinois Gaming Board,” explained Daniel Lee, president and chief executive officer of Full House Resorts.

“We look forward to presenting our plans to the IGB and getting the opportunity to develop a first-class gaming facility that will bring jobs and revenues to the City of Waukegan and the State of Illinois.”