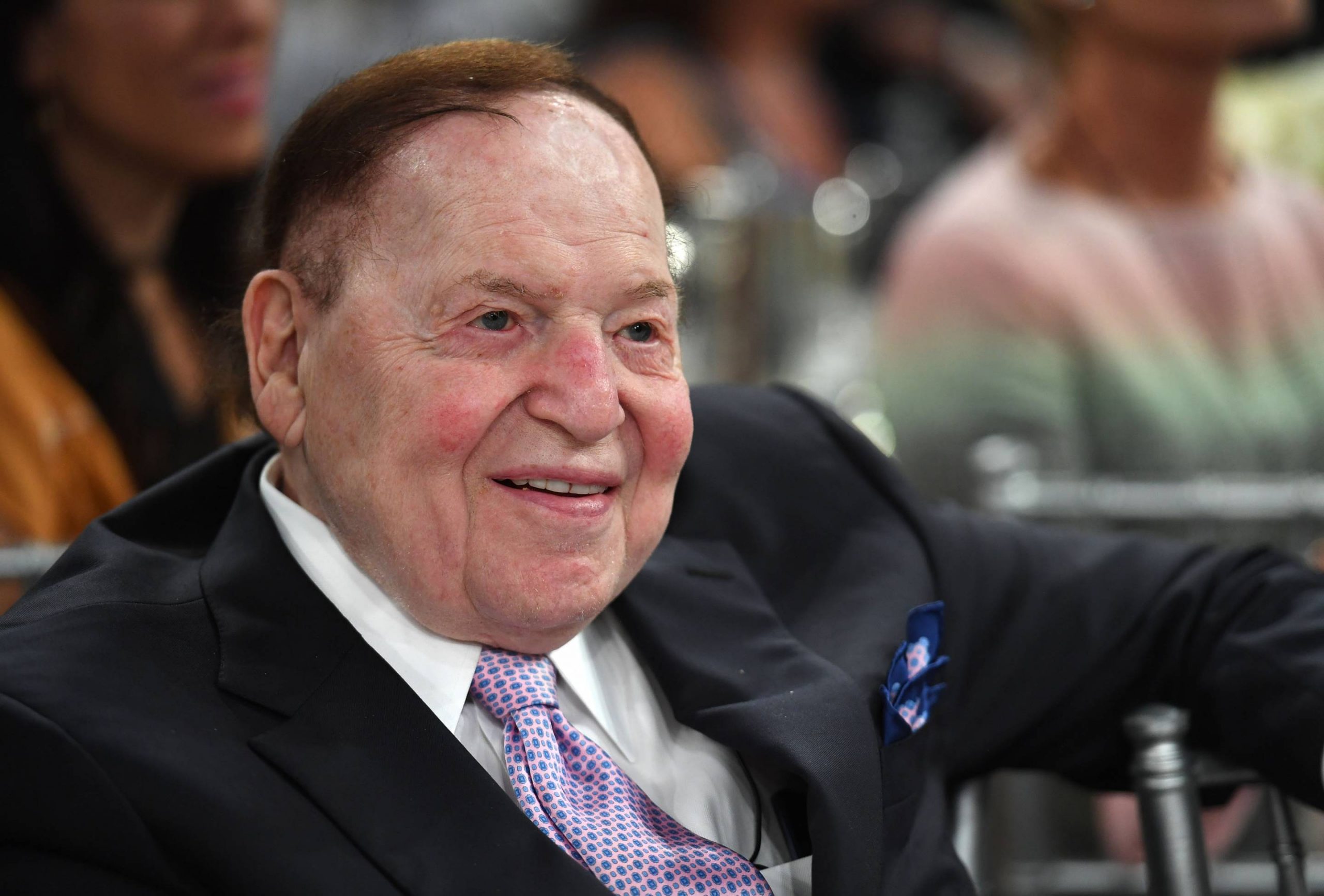 Casino boss Sheldon Adelson is once again the richest figure in the global gaming industry, even though the COVID-19 pandemic is playing havoc with the net worth of everyone.

The annual Forbes ‘billionaires’ list pegs Las Vegas Sands boss Adelson as the Daddy Warbucks of the gaming industry with a net worth valued at $26.8b. The 87-year-old Adelson ranks 28th on the Forbes list overall and was the only person in the gaming industry to crack the top-100 this year.

Forbes added a new wrinkle for the 2020 list to reflect the instability induced by the coronavirus pandemic in the global economy. The ‘real-time’ chart now reveals the regular fluctuation in the net worth of the 2,095 individuals who made the grade in 2020 and, when this was released, the net worth of Sheldon was up 1.44 percent ($441 m) from the day before, with the net worth of Sheldon having risen by more than $4b since the initial report.

Adelson recently demonstrated a willingness to share some of his considerable wealth by continuing to pay Sands workers furloughed by the closure of the company’s US casinos, and challenged other casino bosses to do the same “for as long as possible.” Macau casino operator Galaxy Entertainment Group founder Lui Che Woo “& Family” ranked second on the gaming billionaire list with a net worth of $11.7b,   Ronald Perelman, who holds a big stake in Scientific Games Company, ranked #211 at $6.9b, while Johann Graff, boss of Austrian gaming operator Novomatic AG, ranked #230 at $6.5b net.

Mark Scheinberg, co-founder of PokerStars, was ranked #345 with a net worth of $4.9b, while Scheinberg’s participation in the gaming business effectively ended in 2014 with the sale of The Rational Group to Amaya Gaming (now The Stars). Playtech ceo Teddy Sagi, whose presence in the gaming industry has also declined in recent years, ranked #383 at $4.5b.

Denise Coates, who leads the UK’s leading online gambling company Bet365, was the top female gambling with a net worth of $4.5b, tied at #383 with Sagi.

The remaining top-10 in the gaming sector was led by NagaCorp founder Chen Lip Keong (# 437, $4.1b), while MGM China investor Pansy Ho tied in position #565 with Bloomberry Resorts boss Enrique Razon at $3.4b each.