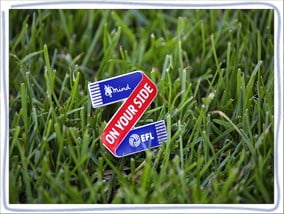 The English Football League (EFL) has expanded its relationship with Mind (Mind.org.uk) to continue supporting the’ On Your Side ‘ flagship initiative of the mental health charity.

Mind has been working since 2012 to raise funds to develop UK support networks and voluntary training programmes to tackle the complexity of mental health issues and their effect on the families, friends and communities of victims.

Partnering with the EFL in 2018, Mind launched its national’ On Your Side ‘ initiative to raise the visibility of awareness and care of mental health across English football grounds.

Mind chief executive Paul Farmer said: “Working with the EFL and its 71 Clubs over the past two seasons has given us a brilliant opportunity to bring about real change, not only at community and club level but also nationally.

“We look to continue this vital work in the seasons ahead with ambitious plans to reach more people who feel they have nowhere to turn and to ensure that whoever a fan supports, our partnership with the EFL means Mind is here to support them.”

EFL chairman Rick Parry said on expanding mental health programmes: “Since the ‘On Your Side partnership began ahead of the 2018/19 season, we have worked closely with Mind and EFL Clubs to improve the approach to mental health in football and wider society, raising awareness and vital funds for the charity.”

“While important and positive steps have been made through the partnership, there is still work to be done to improve mental health within football and we look forward to working with Mind over the next two seasons as we continue to tackle one of society’s biggest issues.”