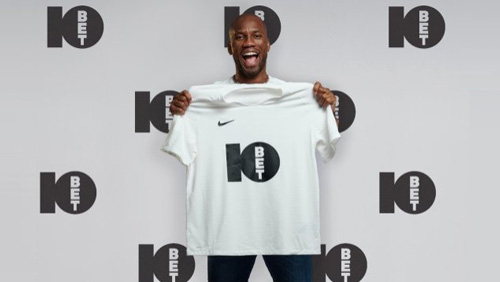 Drogba will be starring in the worldwide marketing campaigns of 10bet and promoting the brand in both the UK and Asia. The iconic soccer player will also make unique appearances at significant live events as part of his role as Global Brand Ambassador.

10bet today introduced a fresh marketing campaign featuring it’s brand new ambassador across all of its social platforms. The ad initiative involves a video presenting Drogba as the ultimate supporter of football in a position he has never been seen before.

Four titles of the Premier League and FA Cup and a Champions League trophy with Chelsea are just a few of the many achievements Drogba made during his illustrious career in football. Also twice named African Player of the Year was the former Chelsea striker, who comes from Côte d’Ivoire.

Drogba said of his new position as 10bet’s new brand ambassador that he was happy to partner on his new campaign with the sports betting provider and he likes to promote accountable gambling.

A spokesperson for 10bet added that “Didier is one of the most successful and popular sports stars in the world” and that his multiple titles and accolades have “earned him the name ‘the ultimate big game player’, making him a natural fit for our partnership.”