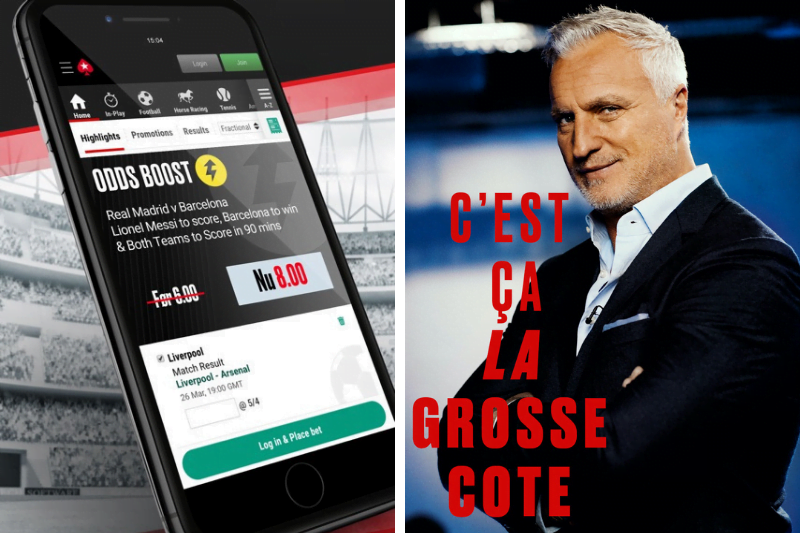 Over the years, PokerStars have made some fantastic signings from the football world, but with the inclusion of the French former Spurs and Newcastle winger David Ginola, they may have saved the best for their last.

With French sportsbetting fans likely to be as amused with Ginola ‘s promotional success as they are pleased with the deals available, when it comes to the commercial, it’s solid sportsbetting gold.

In the last few months, the PokerStars brand has been busy putting together a digital campaign that not only features Ginola, but also boosts the overall deal to French players and sports bettors. The acquisition of The Stars Group by Amaya saw some divisive moments: the exit of Victoria Coren-Mitchell was followed by an exodus of players such as Jason Mercier and Daniel Negreanu, but the smoke seems to have cleared in recent months.

While PokerStars no longer represents the poker community in the purest sense, serving almost as a supervisory mentor to players who strive to be the best, they still have the largest poker market share, and while that could change with brands such as partypoker and GGPoker both rising aggressively in the last 12-24 months, The Stars Collective has already taken a few steps forward as they set the pace.

‘La Grosse Cote’ is sure to have plenty of tongues wagging with its unique deals for its clubs, improved odds and a showcasing of fan favourite games only three features of the promotion, with the Paris St. Germain and Rennes Champions League promotions beginning on October 20th.

In the official PokerStars press release Ginola said: “Becoming a PokerStars Ambassador is a huge honour. I am very happy to take on this exhilarating role and to be able to share an exciting common adventure with the PokerStars community. It’s going to be great to announce La Grosse Cote. Boosting match odds is a great way to ignite the game of sports betting.”

PokerStars Marketing Director Tom Warren was similarly enthusiastic, stating: “David’s charisma and charm made him the perfect choice when looking for an ambassador to command this role and bring passion and flair to our plans in France. La Grosse Cote is appointment viewing. It’s all about stand-out offers on the matches our community are most interested in, and we can’t think of anyone better to bring these offers to life. We look forward to working closely with him on more ways to truly engage our community.”

David Ginola may be the best face to express how excited PokerStars is about the resurgence of France as a major player in sports, sports betting and PokerStars promotional campaigns, with interest in Ligue 1 pique with Neymar Jr., a former PokerStars ambassador and keen player, and Kylian Mbappe sharing strike responsibilities for last season’s Champions League finalists.