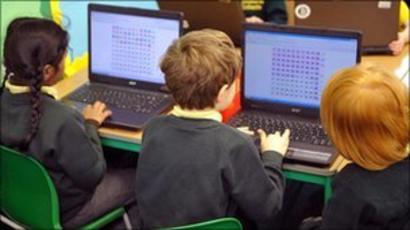 UK-facing gambling operators have accessed an educational database that contains the names, ages and addresses of more than 28 million children and students, a Sunday Times investigation has revealed.

The news outlet dubbed its findings one of the largest government data breaches.

Under the rules of privacy, the information contained in the database, known as the Learning Records Service, should be used for educational purposes only. However, it appears that access to that information has been provided to a number of different business organisations including betting and real-money gaming companies.

Gambling companies are believed to have been able to utilise the database to grow their base of young customers.

The Sunday Times confronted the UK Department of Education with its findings, to which the government agency responded by disabling the database and referring the data infringement to the Office of Information Commissioner, the body responsible for data protection regulation.

Secretary for Education Gavin Williamson promised the Department of Education would “leave no stone unturned” in its investigation of the matter.

The Department for Education said it has not authorised data to be provided to gambling operators. The companies have gained access to the sensitive information through a data company of third parties.

GB Group, a major UK data intelligence company, had a confidential contract to access the Learning Records Service, through another company, according to the Sunday Times. Gambling companies found the data to have been used to verify the identity and age of young people trying to open accounts with such firms and whether they are of legal age to gamble.

It is believed that by using the Learning Records Service, an unidentified gambling operator could boost the number of young people passing their identity and age checks by 15 percent.

On its official website, GB Group notes that the data provided were “accessible in real time, refreshed nightly and updated in line with annual exam results and other key moments.” The company clarified that its services did not involve the release of sensitive data and that its software only reviewed birth dates and addresses and received a response as to whether an identity matched.

The Department for Education told the Sunday Times that Trust Systems Software (UK), a London-based job screening company that trades under the name Trustopia, had been granted access to the database.

The Department of Education said they immediately stopped Trustopia’s access to the Learning Records Service after findings by the Sunday Times and terminated their arrangement with them.

News about gambling operators using data from students emerges as the industry continues to press for not doing enough to prevent underage and vulnerable people from playing games.