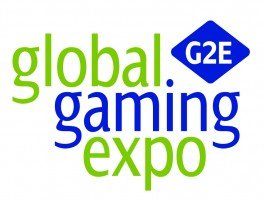 Right now, Gaming operators should be in the middle of planing one of Asia’s biggest gaming events, Global Gaming Expo (G2E), which was originally scheduled for May 19-21. However, as coronavirus began to spread across firstly the region and then worldwide, organisers was forced to place the event on hold.

It was rescheduled for July 28-30, but with only a lukewarm response this alternative has been reached. Concerns that gaming companies just wouldn’t be ready seem to have been justified as G2E Asia has once again been rescheduled, this time giving more than enough time for the participants to get ready. The meeting will now take place at year-end.

The American Gaming Association (AGA) and Reed Exhibitions are behind the activity, held annually at Macao Venetian. The AGA  announced on Friday on its website that it has been forced to move back G2E Asia to December 1-3, but it will not change the venue.

The organisation explained: “The health and safety of our exhibitors, attendees, and employees is always our highest priority. Based on our continued monitoring of the global health crisis, and in consultation with our customers and the Macao government, we will now host G2E Asia in December.”

The adjustments are more likely to come because no-one in the industry would be shocked. The lockdown caused by coronavirus remains in effect in many parts of the world, and will continue into May. A July event would have arrived too early, and there is still no clear sign that large crowds and international travel would be sufficiently secure to enable gaming companies and participants to begin planning without worries about individual safety. Additionally, it would most likely have been a daunting job to juggle other obligations to clear the calendar for the July dates. Postponing the event until December offers plenty of time for businesses to get everything in order.

Reed Exhibitions China’s Chief Operating Officer Josephine Lee weighed in a separate press release on the rescheduling, saying: “The rapidly evolving situation makes it too difficult to host G2E Asia in a safe environment this summer. Based on our continued monitoring of the global health crisis, and in consultation with our customers and the Macau government, we have made the decision to postpone G2E Asia to December. The health and safety of our exhibitors, attendees, and employees is paramount.”

It is not clear what effect the move would have on the event attendance. More than likely, there won’t be much of a difference, as the entire global gaming community would have to work together to help restore the order that existed before the current COVID-19 pandemic that brought the industry to its knees.