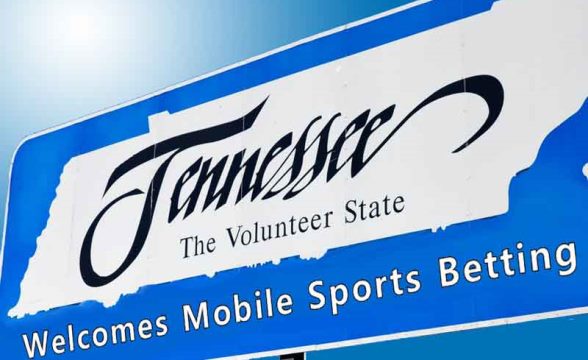 Tennessee sports fans’ hopes of accessing legal sports gambling ahead of NCAA March Madness next month has just been quashed. Last year, the State had approved the operation, turning over to the Tennessee Lottery the duty to come up with the legislation and enforce the programme.

The Lottery did as promised, and handed the proposed rules over for review to Tennessee Education Lottery Corp. (TELC). After that it all fell apart, and the entire process of launching sports gambling has now been put on hold.

On February 18th, the TELC’s Sports Wagering Advisory Council met to discuss the proposed legislation and input from the public. From there the plan was for the TELC to accept the final language.

But, on February 14, Randy McNally, Lieutenant Governor and Senate Speaker of Tennessee, and House Speaker Cameron Sexton filed a letter to Susan Lanigan, TELC president, demanding that she put the brakes on the approval process.

Two clauses in the law are at the root of the delay, which might possibly cost the state tens of millions of dollars in lost revenue. Some tries to define how parlay bets are scored and would cause a tied leg to nullify the whole bet.

The commission that set the rules did not bother following the standard protocol, which reduces the overall chances of the parlay bet in the event of a tie, or push, of any single bet in the parlay, in almost every situation.

There was also doubt, at a minimum, that regulators required sportsbooks to keep a 15 percent hold squirrelled away. According to a study conducted by gaming research firm Eilers and Krejcik, this is much higher than what sportsbooks in other states are required to keep on hand, and could cause the Volunteer State to lose out on as much as $11 million in revenue.

McNally and Sexton, too, had more concerns. The lawmakers believe, according to The Tennessee Journal, that the rules may have exceeded the boundaries of last year’s sports gambling law.

Within their Letter, they explain: “For example, there is concern that the additional categories of licenses created within the rules aren’t within the scope or authority of the Board or Council under the ‘Tennessee Sports Gaming Act.’ Specifically, the Sports Pool Intermediary License and the Vendor License, and associated fees, are not authorised in the Act.”

The TELC responded to the letter, and when it met on Tuesday it did not vote on the legislation. Now, it is going to try to arrange meetings with McNally and Sexton to go over the issues and find a more suitable route to acceptance. It’s not clear how fast changes are going to be made but there’s a good chance they won’t happen for at least a few months.