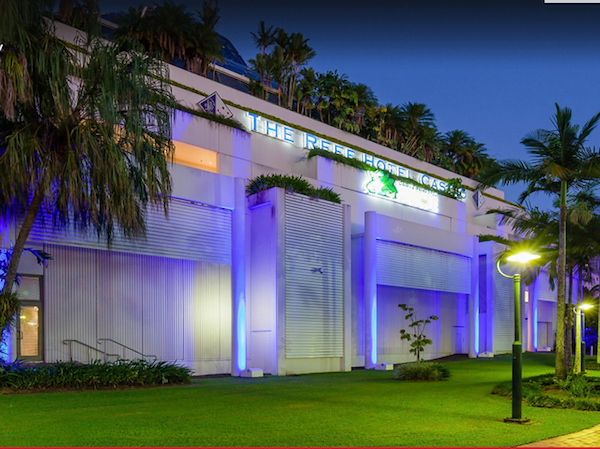 Australia’s Reef Casino is telling shareholders it has a new reason for higher spending. Due to climate change, it has reported an increase in its insurance bill by around 60 percent between 2019 and 2020.

This week, Reef Casino Trust, which owns the casino based in Far North Queensland, told its shareholders that its insurance carrier bumped its policy bill from AU$487,000 (US$ 340,000) to $1.3 million (US$ 909,740). According to the airline, the rise was due to an increased risk of natural disasters and climate change. The previous sum was already 10 percent of the company’s net income, and the raise was required because of “challenging market conditions in the insurance industry.” It also looks at higher limits on claims it can create for damage resulting from hurricanes, tidal waves and cyclones.

The world is being devastated by global warming and dramatic climate change, and we are all lost at any moment. At least, this is the point that proponents of climate change are trying to portray, despite the fact that the temperature of the planet has only risen one degree in 30 years, NASA says. Furthermore, the lack of any important evidence to support the claim that we are only minutes away from another ice age or some other massive natural catastrophe does not deter certain companies, such as the Reef Casino, from taking advantage of the climate change excuse.

The Reef Casino is not the only location where a huge financial pinch will be felt. Virtually all companies, casinos, and leisure operations in Australia are searching for higher premiums, most of which are double–or more–than they were last year. According to Daniel Gschwind, Chief Executive of the Queensland Tourism Industry Council, “Insurance companies have for a number of years highlighted their concerns about climate change. I guess they have made an assessment in terms of how globally we’ll deal with this – or not deal with this – and they’ve sent us the bill.”

Last year, areas of Australia, including North Queensland, had a particularly heavy rainy season. Devastating wildfires rage on in other areas. Such occurrences, however, are all part of an easily recognisable natural cycle. It would seem that insurance companies are only able to provide coverage in the good times for their customers, while avoiding them when things get a bit rough.

Reuters reported in 1997 that as a result of climate change, “millions of people” would die. It quoted a medical journal, The Lancet, claiming that this year would kill eight million people. But, the forecast was far away and, as the climate scientist at the University of Alabama, Roy Spencer, points out, “None of these predictions came true, and aren’t even close to coming true. It’s amazing that the public can continue to believe apocalyptic predictions despite a 95 percent decline in weather-related deaths in the last 100 years.”