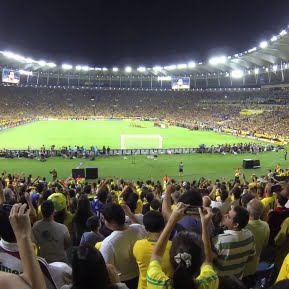 Mayor Marcelo Crivella of Rio de Janeiro has announced that the government has finalised its preparations to restart the sport of soccer in the region. Training sessions will continue again in June, while teams will play behind closed doors in July.

“We’re not going to ease the social distancing measures. On Saturday we had a meeting in which we decided that we have to wait a little longer for soccer’s return. The sector expected to resume activities this week, but we asked them to wait until June and they accepted,” said the Mayor.

Furthermore, Crivella said that in mid-June the government would perform an overview of the infection risk curve in Rio, and that an official statement will be made based on the study findings.

While the Mayor said during the press conference that both Botafogo and Fluminense had agreed the terms of the return, the latter released an official statement denying such a thing: “Fluminense wants to report that we had no contact with him, neither to discuss the meeting nor for any other subject.”

The football management committee leader of Botafogo, Carlos Augusto Montenegro, said he had met with Crivella and approved the terms.

The restoration of Brazil’s soccer offers hope to those teams who have lost millions since the game was suspended in March. The organisations discussed numerous strategies for reducing economic harm, including lowering players’ wages and coaching personnel.

Brazilian teams have lost partners since the pandemic started, such as the bookmaker Marjosports, who signed an deal with Corinthians’ publicity department to postpone payments from April before the department begins playing again. In less than three months Corinthians dropped four partners when in March Marjosports terminated its deal with Goiás.