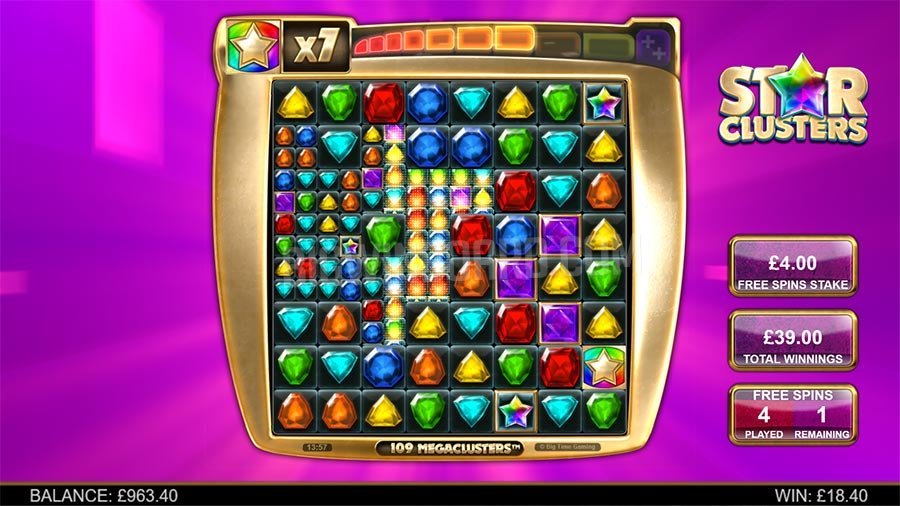 Big Time Gaming, a developer based in Sydney, is launching its new game engine for Megaclusters next week, via the highly anticipated new release Star Clusters.

Commenting on the new mechanic and game rated 10/10 by Big Win Board, Big Time CEO Nik Robinson said: “We believe that Megaclusters is a quite literally a game changer in the online casino space and we’re delighted that it’s received a great reception from reviewers. Expect to see this mechanic feature in more BTG games in the future.”

Once again, the team behind Megaways has produced an apparently simple concept underpinned by new mechanics which can transform the player experience.

Every symbol that forms part of a winning combo splits into four smaller symbols with Megaclusters to create more Megaclusters. They explode when combinations appear within those smaller symbols, and new ones fall into their place until the combos dry up. As such, during the Megacluster mode, the 4 U4 grid can evolve into as many as 64 tiles.

Dylan Slaney, SVP Gaming – Digital at Scientific Games, added: “This is an exciting new development that once again brings breakthrough player experiences from our OpenGaming ecosystem.

“What I love about BTG’s games is their ability to redesign a classic by using rich layers of technology to create something diverting and unexpected. That’s really evident in Star Clusters and it’s a thrill to bring the global launch of this new Megaclusters mechanic as an exclusive first on OGS .”

Finally ‘it’s here, the launch of Star Clusters! May all your wins be epic! @chipmonkz will be taking the reigns as he has an exclusive! pic.twitter.com/VyRi8eGeAq