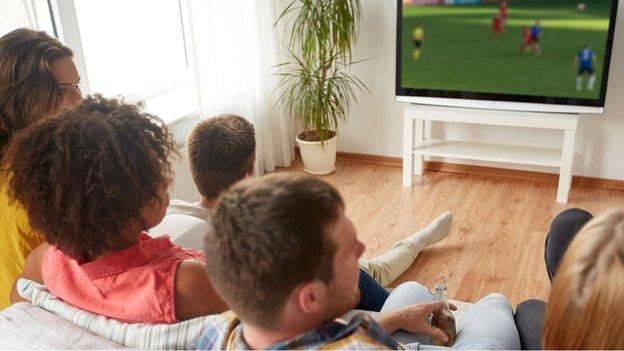 As the English football season begins tonight, television betting adverts will not be seen until the 9 pm cutoff during live sport.

The Premier League and English Football League resumption will see hundreds of live matches being broadcast on Sky TV and BT Sport. But because of the ‘whistle to whistle ban’ implemented in 2019 by the Betting and Gaming Board, commercials will not be seen until the threshold during live sport.

The Betting and Gaming Council chief executive, Michael Dugher, said: “As a football fan, I can’t wait for the new season in England to start. But with matches still being played behind closed doors because of Covid-19, supporters will have no choice but to watch their favourites on TV.

“I’m therefore delighted by the success of the whistle to whistle ban in virtually eliminating the ability of young people to see betting adverts on TV during commercial breaks. The BGC was set up to improve standards in our industry, and this is a clear example of that commitment.”

A research by Enders Analysis found that the number of betting ads seen by children during commercial breaks decreased by 97 percent during the whistle era.

The study also showed that in the first five months it was in effect, the whistle to whistle ban led to a decrease of 1.7 billion views of betting adverts. In the meantime, as a result of the ban, 109 million fewer gambling ads were watched over four comparable weekends.

Total betting advertising exposure also decreased by 78 percent during live sport before 9 pm. Furthermore, the study found that there was no obvious transfer in gambling advertisements to other evening sports programmes, with the number in post-watershed ads also dropping by percent.

New steps will be enforced as from 1 October to further discourage under-18s from seeing online betting advertisements. Dugher has urged the government to ‘crack down’ all operators who violate certain regulations.

He added: “We urge the Government to work with us to crack down on black market operators who have no interest in safer gambling or protecting their customers and do not work to the same responsible standards as BGC members.

“The forthcoming Gambling Review will also provide further opportunities to improve standards and we look forward to working with the Government on this.”