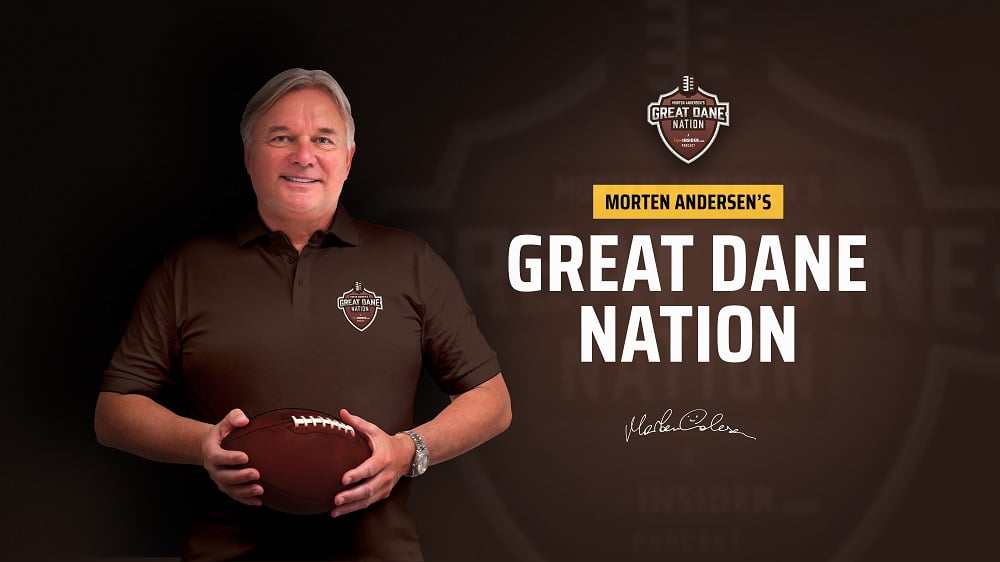 Better Collective has today launched ‘Great Dane Nation’ produced by VegasInsider.com, a podcast series in which Morten Andersen interviews National Football League (NFL) legends about the most important moments in the history of the sport.

As well as Andersen debating these legendary moments with NFL icons, the podcast will also feature analyses from the sports betting experts and commentators on NFL matches during the season from VegasInsider.com.

The first episode screened today was with Archie Manning, the first guest, a 13-year NFL veteran and Peyton and Eli Manning, the father of former NFL quarterbacks. A weekly episode will follow during NFL season.

Better Collective USA CEO Marc Pedersen said: “I am very pleased to launch this premium podcast series to further strengthen the position of VegasInsider as the go-to platform for sports fans in the US. To be able to attract the attention from the American audience you need to offer unique content and with 25 seasons in the NFL, Morten Andersen has a suitcase full of experiences and stories  – also untold ones – which I look very much forward to him unfolding.

“Adding to that, he is an amazing storyteller so I am confident that the listeners of Great Dane Nation can look forward to some highly interesting talks and stories. As a passionate NFL fan myself, I will definitely tune in.”

After 25 seasons playing teams such as Atlanta Falcons and New Orleans Saints, Andersen was inducted into the NFL Pro Football Hall of Fame in 2017 Throughout his career ‘The Great Dane’ took part in seven Pro Bowls before retiring in 2008 as the all-time games leader and scored points in NFL history. He was named on the NFL All-Decade team two times.

Anderson said: “I look forward to catching up with many of my good friends from The National Football League and retelling some of their great moments in the history of the game,” said Andersen. “This will be a powerful podcast series with lots of legendary athletes who will share their intimate and unique perspective on their iconic journey through one of the most competitive sports in the world.”