Chief Executive Pontus Lindwall highlighted a number of challenging conditions in a speech, but also stressed the strength of Betsson in a variety of markets–and its plan to expand through acquisition.

Community sales amounted to SEK1,275bn (€ 120 m), down 11%. The business said the revenues from sportsbooks were in line with expectations considering that the FIFA World Cup greatly influenced the comparable era in 2018.

Betsson also noted “continued weak trends in Sweden and the Netherlands” offset by “favourable trends in most markets where Betsson’s subsidiaries operate,” highlighting the strength of the geographic spread of the operator.

Lindwall said in a statement: “Like the previous quarter, the third quarter has continued to pose challenges for us, as well as for several other companies in the gaming industry.

“We have seen the merger between two major global operators, a development that is in line with what we expect to happen in an industry with many players. We expect this development to continue and also affect the Swedish market to a greater extent than we have seen so far after the Swedish re-regulation.

“The regulated markets now also face major challenges regarding the degree of channelisation, which is one of the most important prerequisites for high consumer protection,” he said.

“During the quarter, financing was secured in the form of a bond of SEK1bn (€94m), with a framework of up to SEK2.5bn (€230m), which puts us in a good position for growth through acquisitions.

“As the conditions in Sweden have not been right for large marketing investments, activities have been reduced and reallocated them to other markets where they provide better returns. However, we are certain the Swedish market will improve, and we stick to our long-term ambition to increase our share in this re-regulated market,” said Lindwall.

“Both revenue and operating profit are affected when significant markets develop negatively at the same time. Therefore, our geographical spread is valuable, and we see positive development in several of Betsson’s other markets, both locally regulated and non-locally regulated.”

Kindred Group Issues Update On ‘The Initial Impact Of COVID-19’ 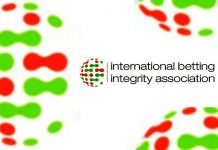 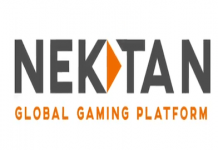